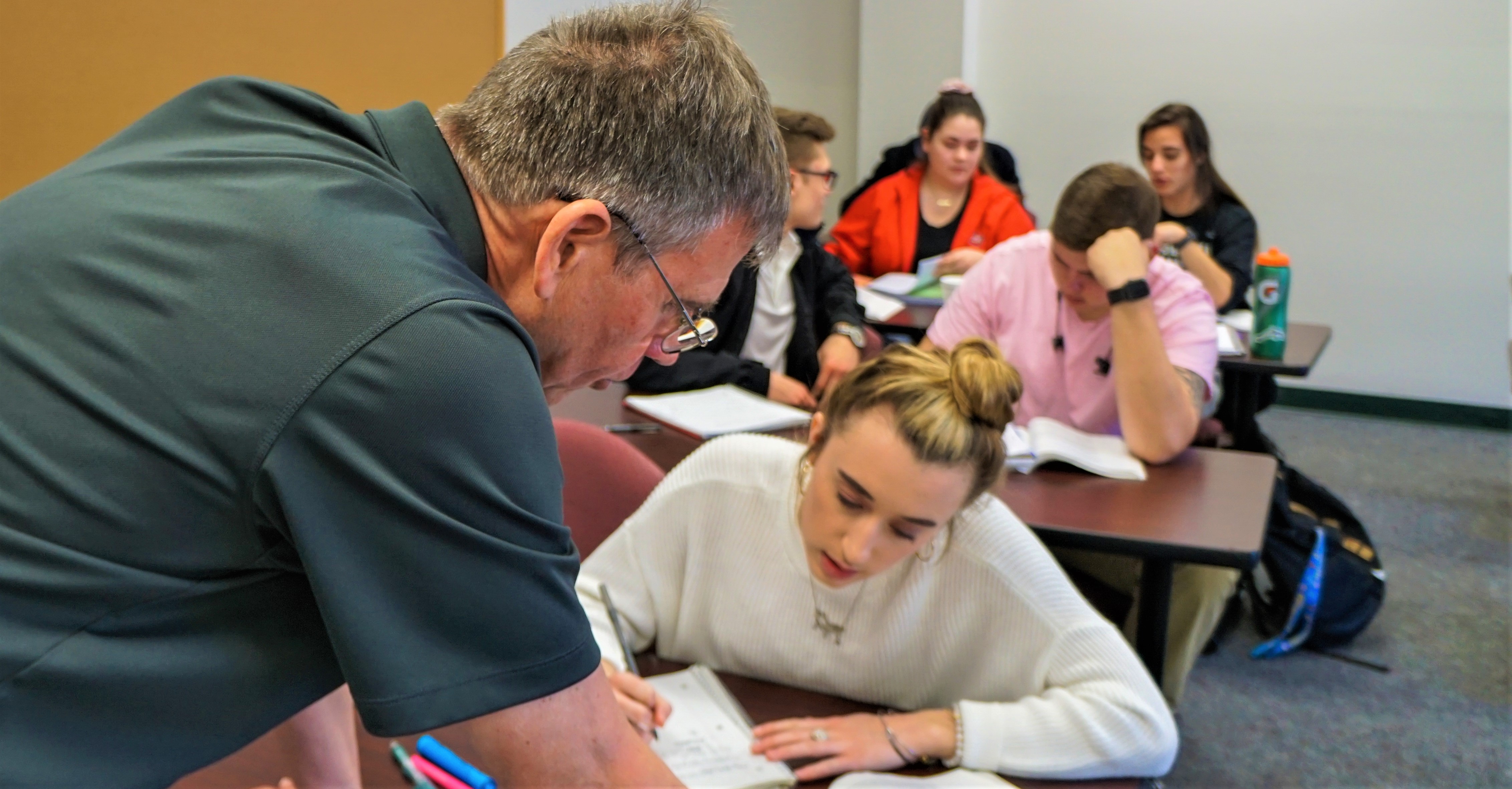 Prepared a report entitled, "The Economic Impact of Jacksonville University in Northeast Florida". This report was accepted and presented at the Academic and Business Research Institute’s International Conference, in Orlando, Florida, January 7-10, 2016.

Dr. Hassan Pordeli was interviewed by Laura Jane Pitman of JAXPORT Magazine on July 27, 2018 on the subject of “Workforce Development Trends Facing the Transportation and Logistic Industry”.

A report analyzing the Mayor’s proposed funding for various departments in the City of Jacksonville, as compared to previous budgets.

Using data compiled by the Florida Lottery Commission that reports the total dollars received by each of the 67 counties for Florida Bright Futures (FBF) Scholarships, combined with county demographic data from the 2000 Census, we estimate a model of the distribution of FBF scholarships by county. The relationship between county income levels, education levels and race distributions and the net amount of Florida Bright Futures Scholarship dollars received was examined. We find that counties with higher percentages of well-educated and high income households receive a disproportionately large share of the net benefits from the FBF scholarship. A geographical analysis shows that the counties with the highest levels of net benefits are well dispersed throughout the state, contributing to the wide-spread popularity of the program.

Economic base analysis is used to parse the Jacksonville MSA region into 21 sectors and determine the relative importance of the different economic sectors and their industries. A social accounting matrix (SAM) is used to model the Jacksonville regional economy. Data are based on 2012 secondary data from IMPLAN (IMpact analysis for PLANning). The economic structure of the region was analyzed using two measures of contributions: gross and economic base. Our estimates provide information for identifying the relative importance of industries that will drive economic growth and provide jobs.

Prepared for the Jacksonville Public Education Fund report analyzing the change in enrollment patterns throughout Duval County Public Schools and the need for boundary changes and adjustments in facility use.

In 1997, Florida passed legislation that created the School Recognition Program, which gives schools letter grades from “A” through “F.” Given the important impact of these school grades, it is essential to know if a school’s grade depends more on the intrinsic qualities of the school or on the qualities of the individual students who go to that school. Using a sample of 15,100 elementary students, our study is an attempt to determine this.

Cost of Voting in the American States Dr. Michael Pomante

Prior to the 2018 Midterm Election, Dr. Pomante published a co-authored article on the Cost of Voting in America, which assigns scores to each state for each presidential election based upon the ease of voting for its citizens. The research was published in Election Law Journal and quickly became the most read article on the Journal’s website. The research quickly gained national media attention with articles being written by the Washington Post and Politifact among others. The scores that each state receives is based upon the policies each has in place which makes voting more or less difficult. Construction of this index will allow researchers to assess the overall effect of public policy on citizens' abilities to register and cast a ballot on Election Day. Future research with the index will explore what factors lead states to adopt certain public policies which make voting more or less difficult and if these policies have any benefit for either political party at the polls.

The Jacksonville University Public Policy Institute conducted a statewide poll in the Republican Presidential Primary in Florida from September 17th to September 22nd. The poll of registered Republican likely voters had a poll sample of 585.

An alternative view of Tiebout’s original thesis is that individuals currently in a local area facing positive moving costs will reflect their satisfaction or dissatisfaction by their votes on public issues that significantly impact their welfare. This issue is explained by examining the election results for a 2006 county wide referendum seeking the re-opening of Cecil Field Naval Air Station in Jacksonville, Florida. Precinct level voting results are examined linking these to zip code based socio-economic and demographic data. Regression analysis explores the role of socio-economic and demographic characteristics and the proximity to Cecil Field in voter behavior.

This study examines the effectiveness of integrating geography into existing math and science curriculum to teach climate change and sea level rise. The desired outcome is to improve student performance in all three subjects. A sample of 120 fifth graders from three schools were taught the integrated curriculum over a period of two to three weeks. They were given a pretest and posttest comprised of questions measuring knowledge relevant to the lesson in terms of geography, math, science, and spatial skills. Paired-samples t-tests were conducted to determine significant differences in student performance. These t-tests indicate statistically significant improvements in all but one instance across all subjects, at all schools for both boys and girls. No statistically significant results were observed for a control group of an additional twenty-seven fifth graders. These results demonstrate the value of combining geography with math and science to improve student performance in STEM knowledge.

The Duval County Maritime Management Plan is intended as a guide for the City of Jacksonville, the Town of Baldwin and the Beaches communities to protect and develop sustainable usage of the Intracoastal Waterway, the St. Johns River and their major tributaries. The plan focuses on the utilization of selected Duval County waterways to improve the quality of life for all residents by maximizing opportunities for waterway access and recreation, as well as protecting commercial marine interests. The Plan was funded jointly by the Florida Inland Navigation District (FIND) and the City of Jacksonville. Jacksonville University, University of North Florida, and the Northeast Florida Regional Council worked on this plan.

The 2017 Manatee Protection Plan Implementation Report reflects on the City of Jacksonville’s efforts towards protecting manatees in Duval County. The third revision to the Duval County Manatee Protection Plan (MPP) was adopted by the Jacksonville City Council in 2014 and requires an annual report of the progress on implementation of the MPP. The MPP is a comprehensive planning document that addresses the long-term protection of the Florida manatee through law enforcement, education, boat facility siting, and habitat protection initiatives on a county-wide basis. The purpose of revising the MPP was to collect and evaluate updated information on manatee use and boat activity in the City of Jacksonville (COJ) and provide guidance targeted at reduction of human-related threats to manatees and manatee habitat. The MPP attempts to balance boater access to Jacksonville waterways with impact to manatees from boat traffic, and is intended to increase the predictability of permitting outcomes for boat facility development.

Mayor Alvin Brown has named a group of high-profile business leaders—and one strong environmental voice—to the new task force looking at a proposed deep dredge of the St. Johns River channel. JAXPORT wants to dredge the river down to a depth of 47 feet to attract bigger cargo ships. But there are many questions including how to pay for this expensive project, and the potential impact to the waterway.  Some have also questioned whether dredging the river will pay off in the long term with increased shipping and business. Jacksonville University marine biologist and task force member Dr. Quint White and Jacksonville Business Journal managing editor Tim Gibbons joined Melissa Ross to discuss the project and what role the task force will play.

Florida, The Sunshine State, is a slogan designed to attract tourists. Florida is home to some of the country’s most entertaining and enjoyable theme parks: Walt Disney World, Sea World, Universal, and Busch Gardens. And the state hosts many events that visitors come to watch such as Super Bowls (15 to date), college football bowl games (six games are scheduled for the 2013-14 postseason), spring training baseball, shuttle launches and other space-related missions, and the Daytona 500. Florida has a tourism industry that is arguably the most salient and successful among the 50 states, and the most important sector of Florida’s economy.

Dr. Ray Oldakowski presented the St. Johns River Poll data (2012-2016) at the City of Jacksonville Environmental Summit hosted by the University of North Florida on October 4, 2017.

Utilizing GIS to Identify Health Care Deserts: A Framework for the Spatial Analysis of Access to Health and Wellness Dr. Ray Oldakowski and Dr. Ashley Johnson

Dr. Ashley Johnson and Dr. Ray Oldakowski presented this research, Utilizing GIS to Identify Healthcare DesertsL A Framework for the Spatial Analysis of Access to Health and Wellness, at the Association of American Geographers in Washington, DC on April 5, 2019.

Dr. Oldakowski presented this research, Using GIS and Survey Research to Develop a Maritime Management Plan, to the Florida Society of Geographers in Melbourne, FL on February 10, 2018.

Dr. Freiberger's paper on Just War Theory and the ethics of drone warfare was published on July 18. 2013, by E-International Relations.

Reason as the Death of Fathers: Plato’s Sophist and the Ghost’s Command in Hamlet Dr. Erich Freiberger

The Process of Owning Firearms Dr. Pomante and Dr. Trantham

Dr. Pomante and Dr. Trantham are creating an index which measures the difficulty of obtaining and owning a firearm in each state. This research is distinct because it creates a measure for over 300 different states policies. A working paper on this subject was presented at the 2019 Florida Political Science Association Conference and received considerable interest. It is our hope that the creation of this new index for gun policy will give practitioners and scholars a better idea of how policies can be changed to reduce the number of firearm related deaths in the United States.