Getting involved with the Aviation Alumni Network is easy! Here's how:

Update your alumni record to ensure your receive future communications.

Submit a Class Note to let your former classmates know what you are up to.

Learn more about the Aviation Advisory Board. 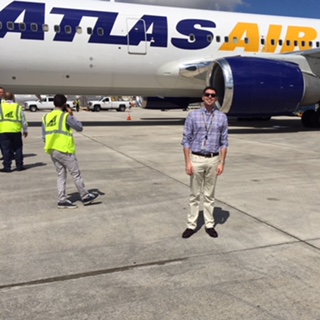 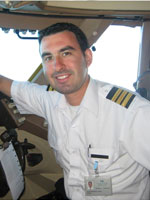 After graduating from JU in 2002, Justin spent a year and a half flight instructing at the Delta Connection Academy until being hired at Chautauqua Airlines. Justin spent two years based in New York City as a First Officer flying EMB-145 regional jets, then upgrading to Captain for the final two years. From 2007-2014, he flew extensively between North America and Asia flying B747-400's for Hong Kong based Cathay Pacific Airways. In August of 2014, he joined Delta Air Lines as a New York City based MD-88 First Officer 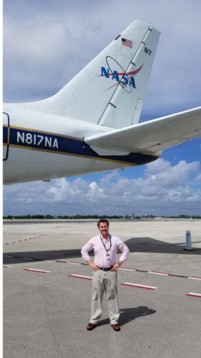 Salley is the sales and marketing manager for National Jets. His duties include selling not just FBO services, but also MRO and charter. He has helped increase National Jets’ market share on the field along with MRO and parts sales. The FBO has exceeded 100 percent office and hangar rental utilization due to Salley’s efforts.
"As an aviation enthusiast to the core, I enjoy being able to walk out onto our FBO’s apron or hangar during the day, being surrounded by aircraft operations," Salley said. "Routinely working with corporate aircraft, passenger & cargo airlines during the recent hurricane and even NASA during the summer have allowed me to be part of unique operations that I feel very blessed to have the opportunity to be a part of."
"Our industry has a knack for guiding you to a place where you are needed the most and it's usually not where you expected to be," he said. "Through attending trade shows and receiving support from my fraternity I was able to land my first opportunities – always focusing on getting to know fascinating people and seeing how I can work with them or learn from them."
He also has helped National Jets transition their FBO software, launched a new company website, managed its charitable outreach and many other things in between.
In addition to his job, he also volunteers for the South Florida Business Aviation Association and has become their board vice president.
He previously was the regional sales manager for more than five years with Avinode.