About the Keigwin School of Nursing

Our History and Our Future

In 1981, a chronic shortage of nurses in Jacksonville coupled with the concern about nurses’ clinical preparation, prompted top-level managers of Baptist Medical Center to contact administrators at JU regarding the possibility of initiating a generic baccalaureate nursing program. An advisory committee which consisted of master’s prepared nurses within the Baptist Medical Center system assisted in the development of the curriculum. The Florida Board of Nursing granted Provisional Approval to the JU SON in February 1982. Faculty was hired in the spring of 1983, and the first class was admitted in fall 1983. The first class of seven students graduated in June 1986. Initial accreditation by the National League for Nursing was applied for and received in 1988. The school has maintained full accreditation since that time, first through NLN, and, since 1998, from the Commission on Collegiate Nursing Education (CCNE).

2019 Undergraduate Nursing is now housed solely in the BRCHS building

JU is the proud home to the Keigwin School of Nursing, thanks to a multi-million dollar gift from Beverly and Jack Keigwin that was announced on March 1, 2017. The Keigwin’s donation is the largest in the nursing school’s 37 year history. Jack Keigwin, former Board of Trustee member, executive-in-residence and friend to the University said the gift is one of the most meaningful ones he and his wife have made. Beverly Keigwin, a former nurse, and successful business woman has devoted her time, energy, and passion to the nursing students. 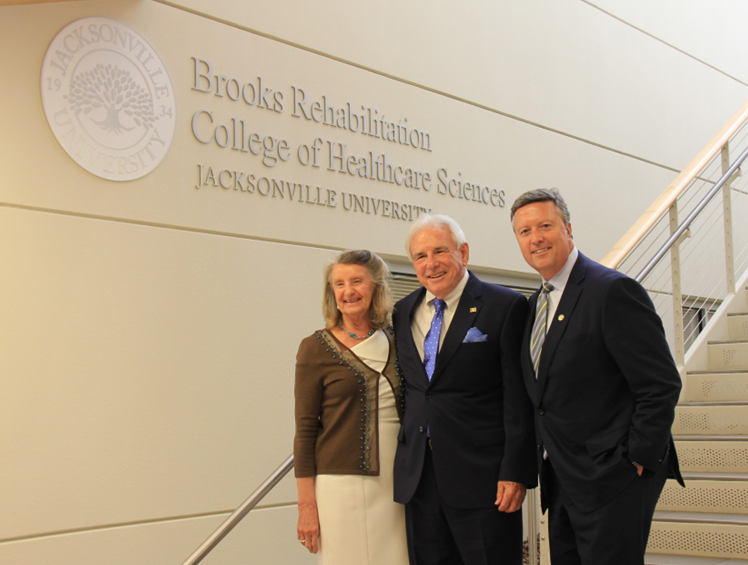 Make your gift to the DolphiNurse Alumni Association