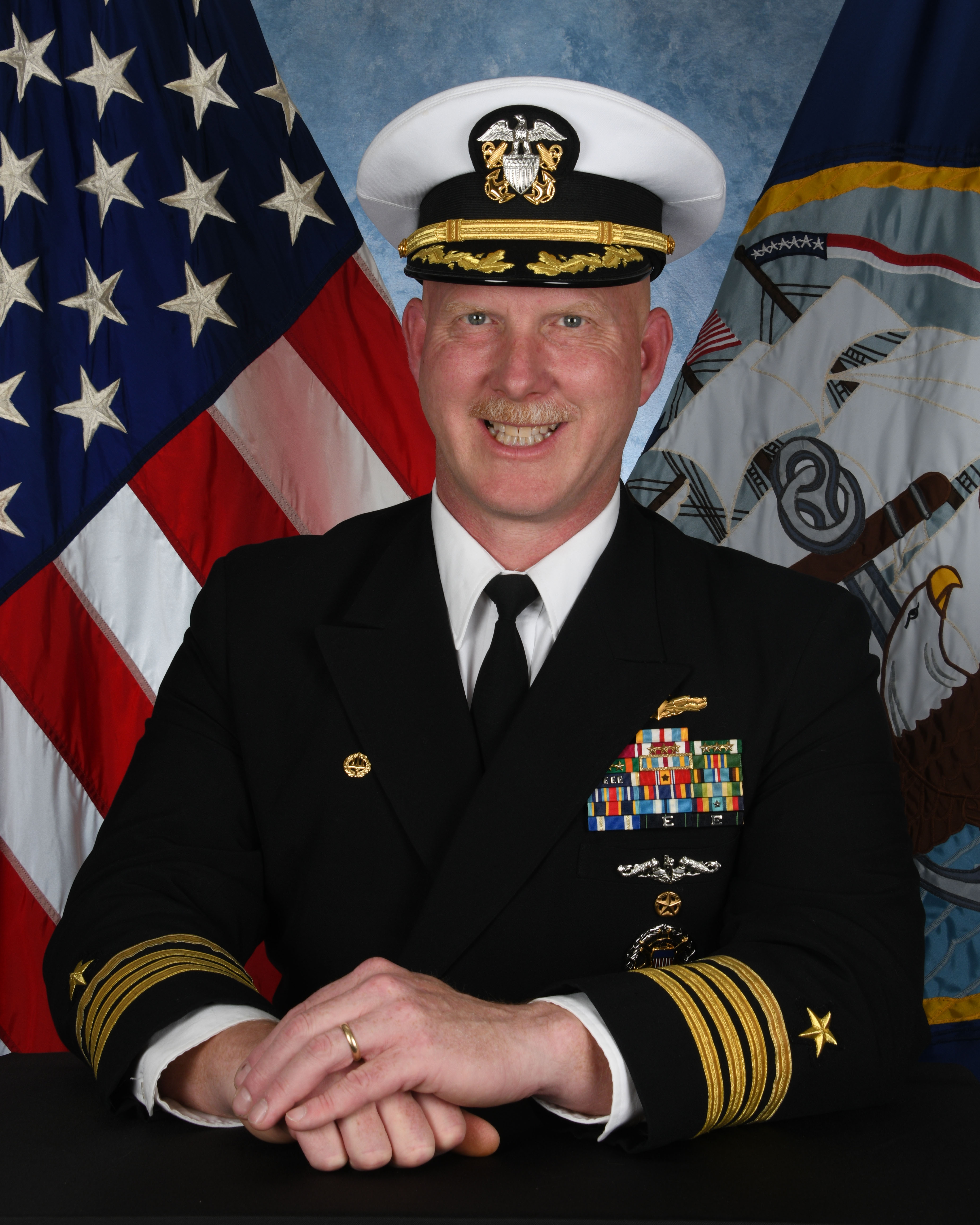 CAPT Jeremy Hill is from Star Prairie, Wisconsin. He graduated from the United States Naval Academy and received his commission in 1995. 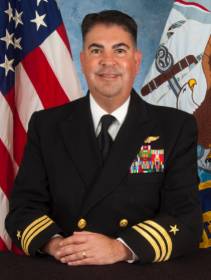 Commander David Cordova, a native of Belen, New Mexico, enlisted in the U.S. Navy completing Basic training at Recruit Training Command San Diego, California as an Airman Recruit in 1990.  During his enlisted service, he served as both an Aviation Machinists Mate Naval Aircrewman and Hospital Corpsman holding an NEC as an Aviation Physiology Instructor.  Selected for the Enlisted Commissioning Program in 1999, he earned a Bachelor degree in Human Physiology and Kinesiology and commissioned through the Naval Reserve Officer Training Corps (NROTC) at the University of Colorado in 2001.  He is also a 2009 graduate of the University of South Carolina where he earned a Master of Business Administration (MBA) degree in International Finance.

Commander Cordova was designated a Naval Flight Officer after earning his Wings of Gold in 2003.  His operational flying tours include Patrol Squadron 8 (VP-8) “Fighting Tigers” based out of Naval Air Station Brunswick, Maine.  While at VP-8 serving as a Combat Aircrew Tactical Coordinator and Mission Commander, he completed three Arabian Gulf, Horn of Africa and Western Pacific deployments in support of the Global War on Terror and Operation Unified Assistance participating in Indonesian tsunami humanitarian and disaster relief efforts.  His Operational Department Head tour was with the “Tridents” of Patrol Squadron 26 (VP-26) based out of Jacksonville, Florida.  While in VP-26 he served as the Administrative Officer, Tactics Officer, Officer-In-Charge Detachment Misawa, Japan and Maintenance Officer completing two deployments to both the U.S. 5th and 7th Fleet AOR’s in support of Operations Iraqi Freedom and Inherent Resolve. 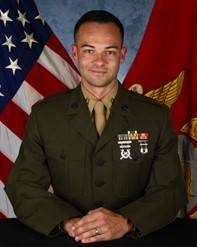 Captain Butterfield is from Gulfport, Mississippi. He entered the Marine Corps in May 2009 as a Marine reservist and attended recruit training at Marine Corps Recruit Depot Parris Island. He was commissioned in 2013 through the Marine Corps Platoon Leaders Class after receiving his Bachelor of Arts in History from Mississippi State University.

After graduating from The Basic School he served as a tactics instructor at Officer Candidate School while awaiting orders to the Public Affairs Qualification Course at the Defense Information School. Upon graduation he reported for duty in November 2015 to III Marine Expeditionary Force, Okinawa, Japan.

During his time with III MEF he served as the Director of Public Affairs for 1st Marine Aircraft Wing and 3d Marine Logistics Group. He participated in numerous exercises and exchange programs in Thailand, Nepal, Japan, Philippines, and other locations throughout the Indo-Pacific region.

Capt. Butterfield deployed to Manila, Philippines from Jan – June 2018 where he served as the Public Affairs liaison for all Department of Defense activities within the U.S. Embassy in the Philippines.