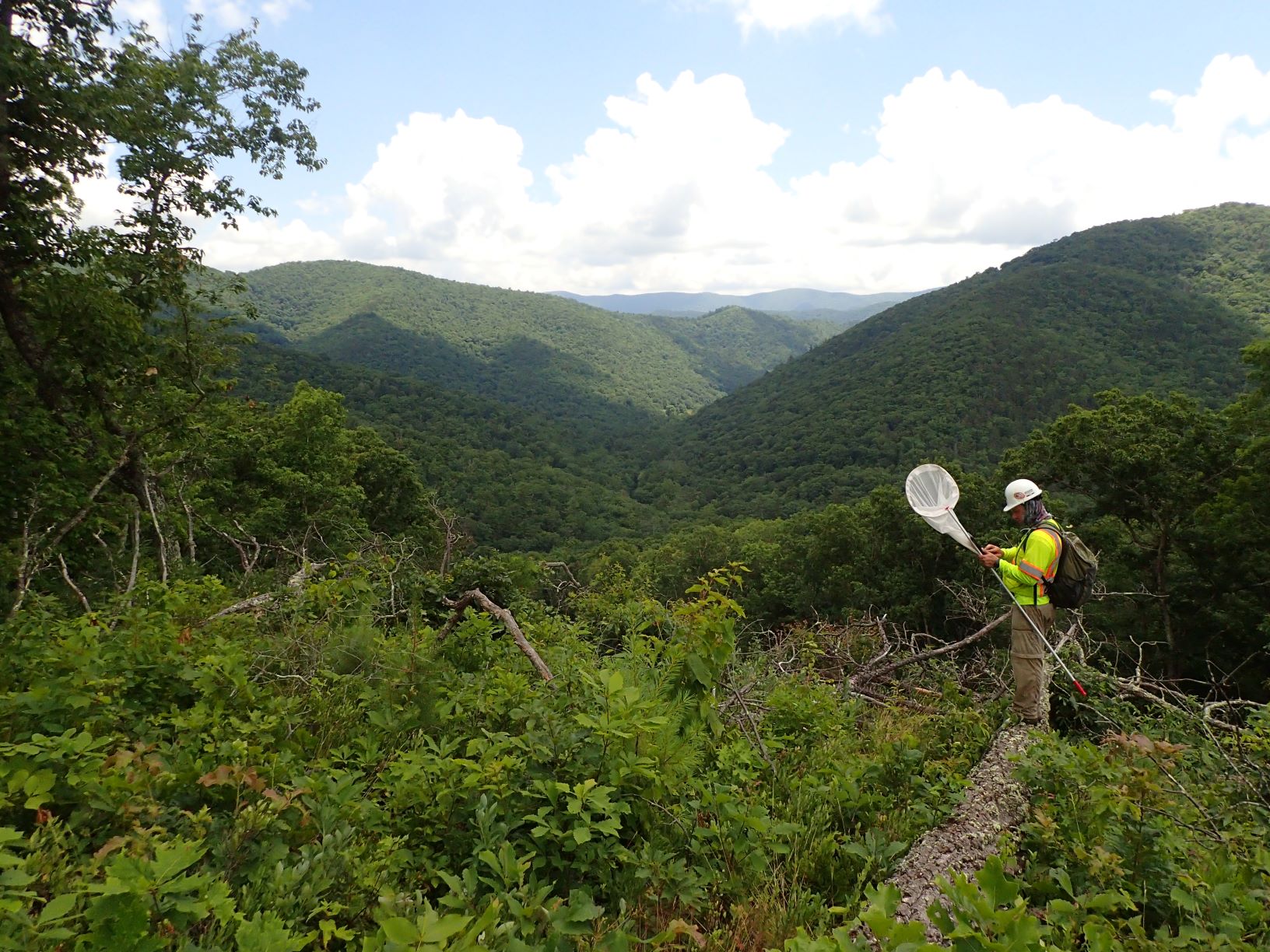 Dr. John Enz has been teaching at universities for over 31 years, nine of those years have been at Jacksonville University researching and instructing on entomology (study of insects) and herpetology (study of reptiles and amphibians).  One project that Dr. Enz has been working on for the last three years involves the Rusty Patched Bumble Bee, and Dr. Enz is getting his students involved.

Dr. Enz will have up to six biology students assisting in surveying probable habitats this summer for the coming season of the Rusty Patched Bumble Bee. Since there has been a great interest from various conservation groups to find remnant populations of this species, the coming year’s work will concentrate on this effort to document where the Bee still exists, which will involve hiking and surveying many miles in northwestern Virginia and eastern West Virginia. Students will be conducting research here because it is where the Bee may likely still be found, while gaining their own experience in survey design, bumblebee species identification, and working within a network of scientists and conservationists.

The Rusty Patched Bumble Bee was common in over half of the United States up until the 1990s when Dr. Enz did his dissertation. He has been researching the Bee since its decline. Although a specific cause has not been identified, there seems to be a combination of things contributing to their decline.  Most of their original habitat has been converted to other uses such as agriculture, cities, and roads.  With agriculture and lawns, come the use of pesticides which can have lethal effects on these bees.  In addition, the rusty patch nests in the ground is exposed to contaminants that may accumulate and thus disrupt these bees. Currently, the Bee is only found in a handful of states and its range has decreased by 85% with population estimates decreased by 95%.  Dr. Enz is concerned because bees alone contribute about $3 billion in pollination economics.  Researching and understanding the decline of this particular species could prevent further decline of other species, so instructing students on how to research this Bee will be crucial in its survival as well as others’.