It is sad that many students don’t enjoy their physics classes. Dr. W. Brian Lane, Professor of Physics, is out to change that through innovative assignments, research into student learning, and creative uses of media. 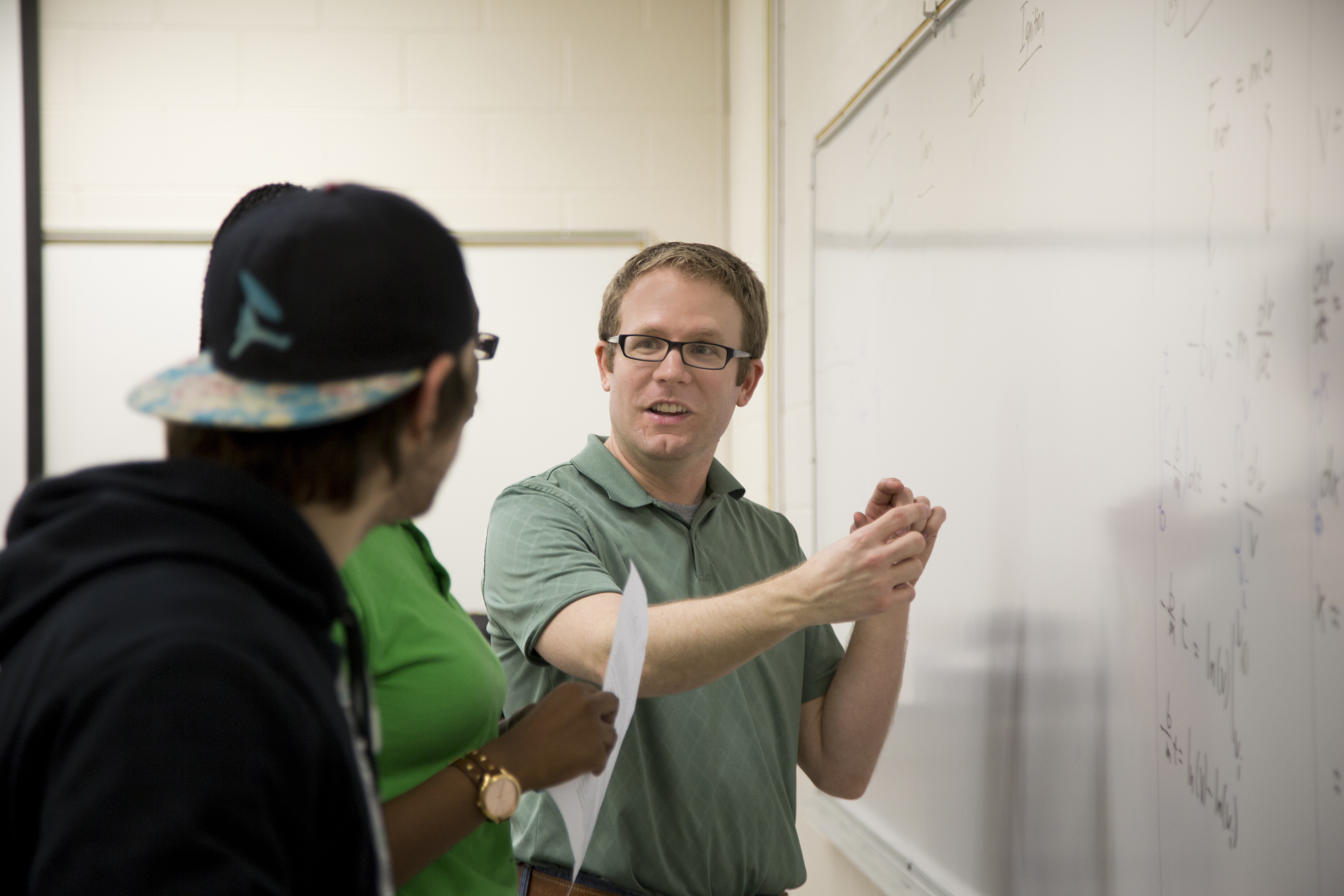 A physics class with Dr. Lane probably doesn’t look like what you expect. You’ll spend half your class time paired up with another student to solve real-world problems, and then the other half developing a physics simulation on a computer. After that, it’s time for one of Dr. Lane’s innovative lab activities, where you might go for a physics walk outside, build a dice-rolling tower, or even walk the plank. Then, it’s time to email your parents about what you did in lab. This writing assignment, the Letter Home, has become very popular among physics educators around the world--which makes sense, as students enjoy writing a Letter Home much more than lab reports.

Not all learning happens in the classroom, which is why, in 2015, Dr. Lane started Let’s Code Physics, a YouTube channel designed to help viewers learn how to model physical systems with computer simulations. These videos assume no experience with either physics or coding, and the codes featured in the channel’s 300+ videos are made available in the video descriptions! You can learn how to:

Let’s Code Physics is used in physics classrooms around the world, with over 3,000 subscribers. High school students and teachers might particularly be interested in Coding for High School Physics, a year-long series with a new video each Wednesday in 2019. 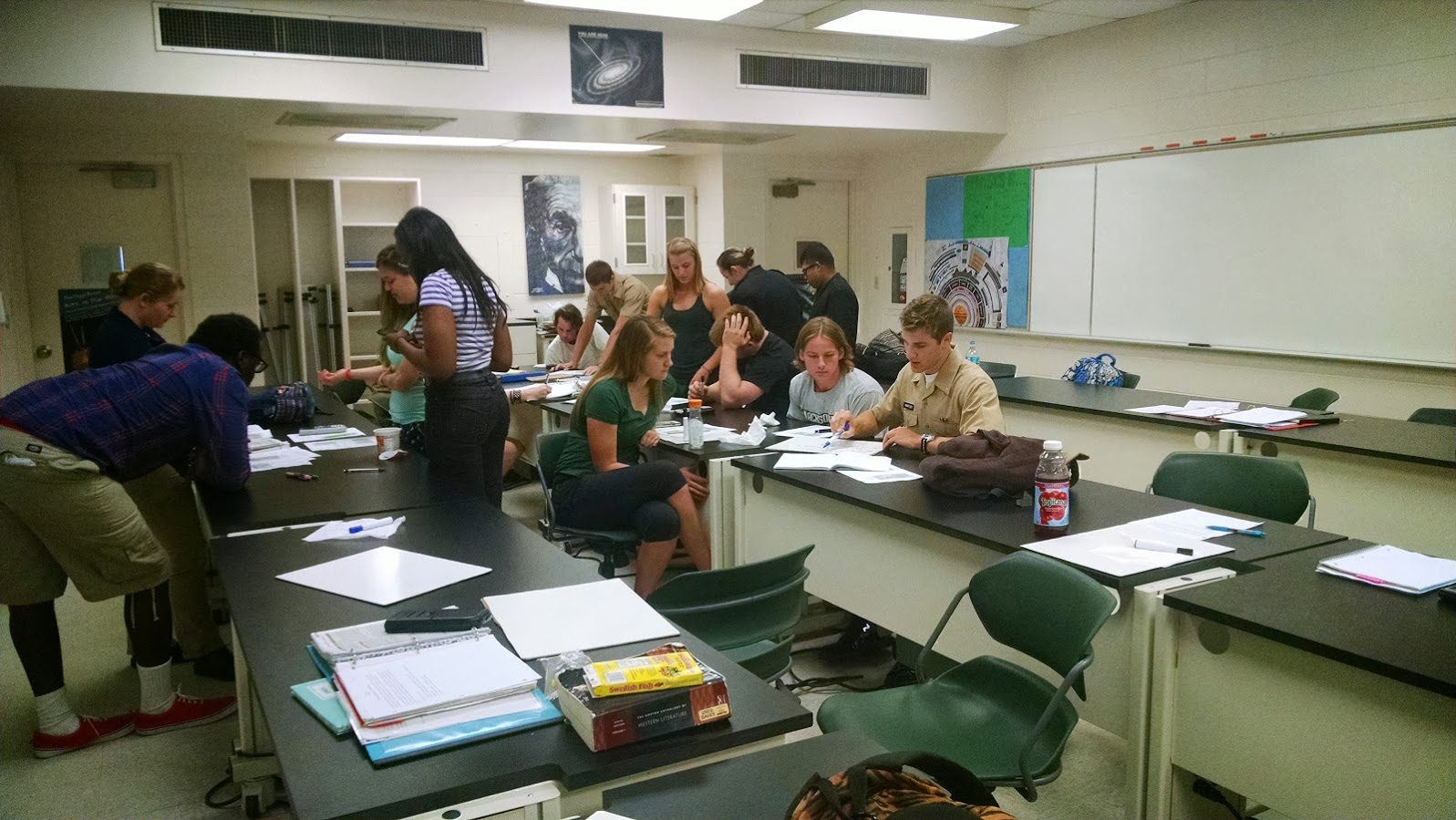 But Dr. Lane isn’t satisfied to just post assignments and publish materials that sound interesting. He takes great care in tracking how students’ attitudes toward physics develop. There’s a startling trend in physics education that suggests that, even if students learn all the physics they need in a course, they usually come to the end of the semester liking the subject less than when they began. This deterioration of learning attitudes, as measured by the Colorado Learning Attitudes about Science Survey (CLASS), has puzzled physics educators for over a decade. No matter what physics teachers do, their students slip away from what is supposed to be a fascinating subject.

But Dr. Lane and his colleague, Dr. Ramesh Adhikari, have found an answer: The decline in student scores on the CLASS are significantly impacted by a behavior known as response-shift bias, where the students’ increased knowledge of physics actually changes their standards of self-evaluation. When you ask students to compare their attitudes at the beginning and end of a physics course the students feel that they’ve improved significantly even though the survey says otherwise! This is good news for physics educators, but the challenge still remains to make their courses as excellent a learning experience as possible.

So what’s next for Dr. Lane’s endeavors? He’s currently developing Adventures in Notharia, a tabletop role-playing game that helps its players learn and apply physics concepts. By combining an expansive fantasy setting, thrilling game mechanics, and physics lessons around every corner, Adventures in Notharia will appeal to physics learners of all levels. Preliminary playtests with students and physicists have demonstrated that this game will be another lets-codephysicseffective step in improving physics education.