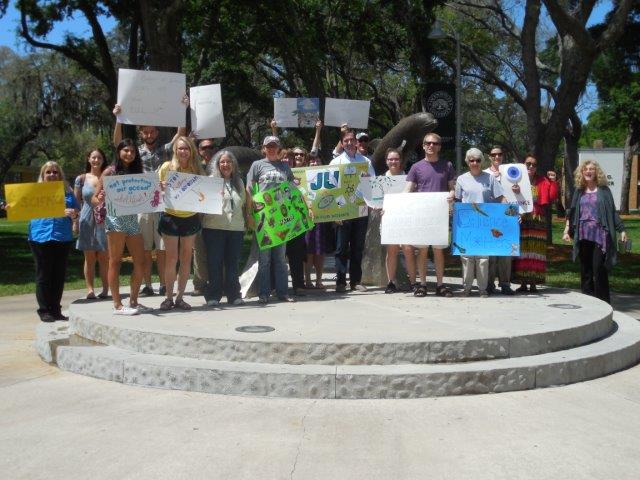 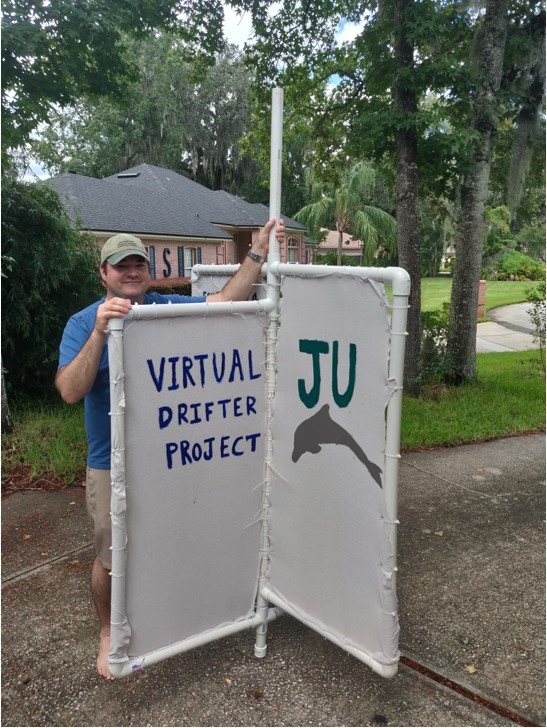 Dr. Jeremy Stalker's difter that sits below the water line and is pushed        by the ocean currents instead of the wind. It measures the speed and        direction of the current it is in. There is a small GPS unit attached to            the top that pings the position to sattilites twice a day. 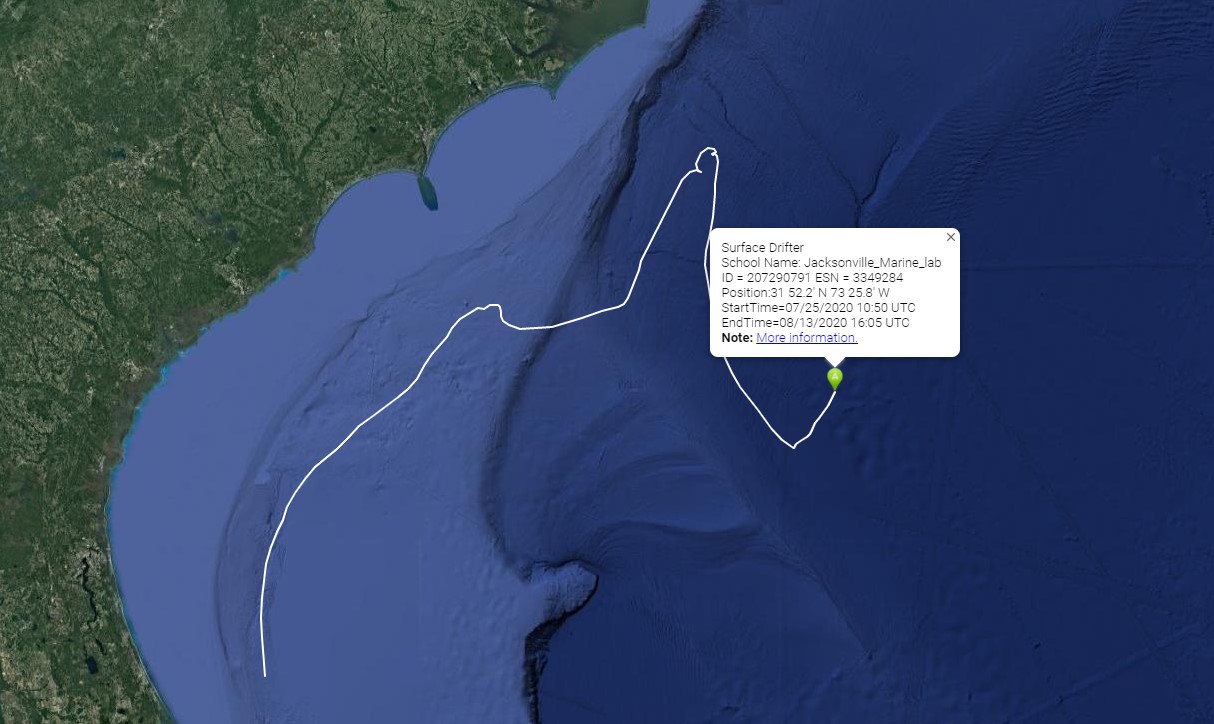 Dr. Dan McCarthy, coral reef ecologist, represented JU as an expert panelist for the "Chasing Coral," part of the Movies That Matter series from US Green Building Counci of Northeast Florida and Beaches Go Green.

Dr. Andy Ouellette presented "Redefining 'You': Tales from the World of Microbes,"  with Science on Tap Jax and discussion about the coronavirus: "A Jacksonville University microbiology expert says you don’t need to worry about the coronavirus." In addition, he recently spoke at the 8th Timucuan Science and History Symposium, with his presentation entitled "Seasonal Dynamics and Characterization of Vibrio Bacteria in the Timucuan Preserve," co-authored by former marine science graduate student Shelby O'Brien and biology undergraduate Janel Palomo. 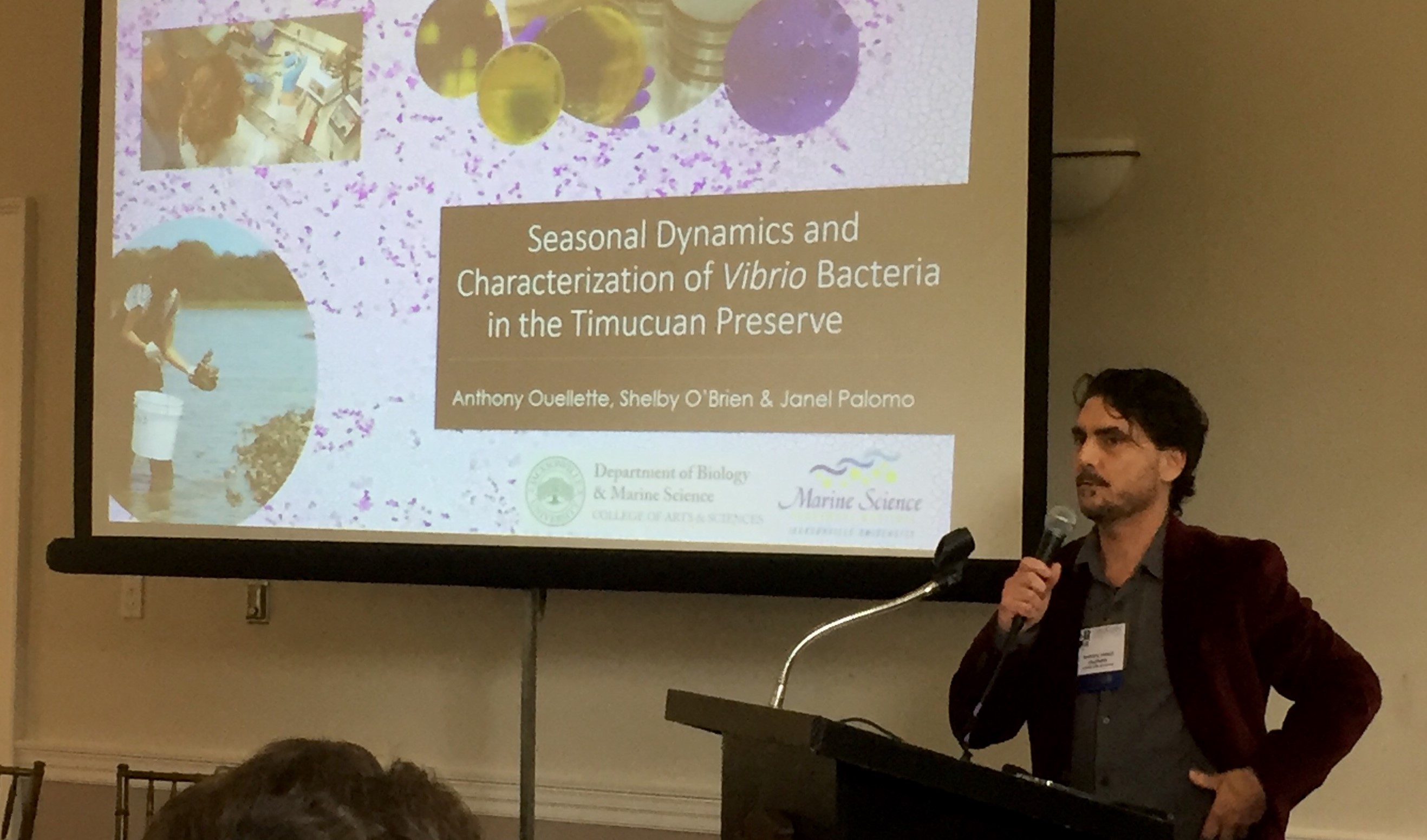 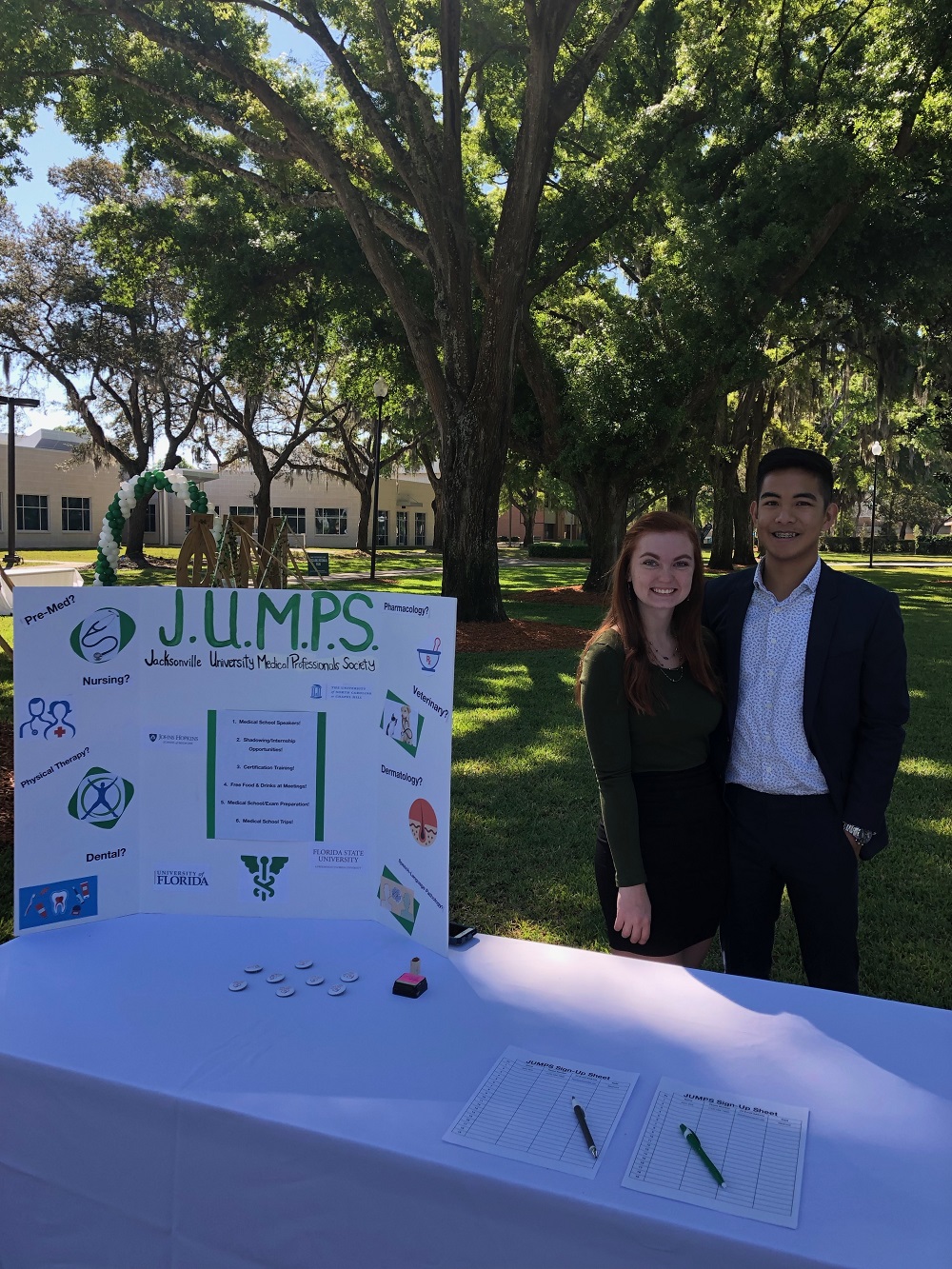 Marine Science Research Institute's John Heine describes the use of rebreathers for SCUBA diving in the Antarctic: 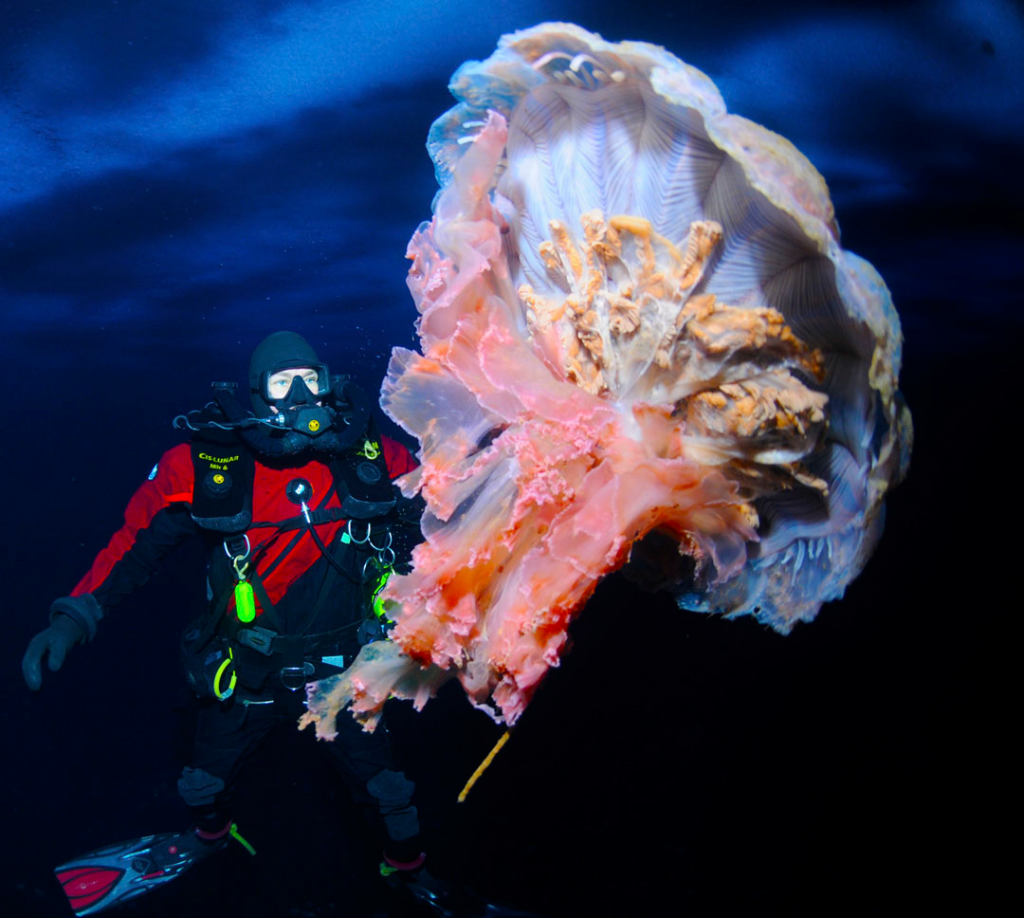 Dr. Bryan Franks, our esteemed shark biologist, is interviewed on his return from Nova Scotia to study Great Whites in collaboration with OCEARCH.

Dr. Bryan Franks, our esteemed shark biologist, is interviewed on Into the Blue- Season 10 Episode 11!

River Wise, a ceramic mural capturing the real world drama of native species and their environment by Tiffany Gonzelez, a candidate for the MFA in Visual Arts. This interdisciplinary project included participates from our undergraduate students in ceramics and the graduate students in marine science, mentored by Dr. Quint White! 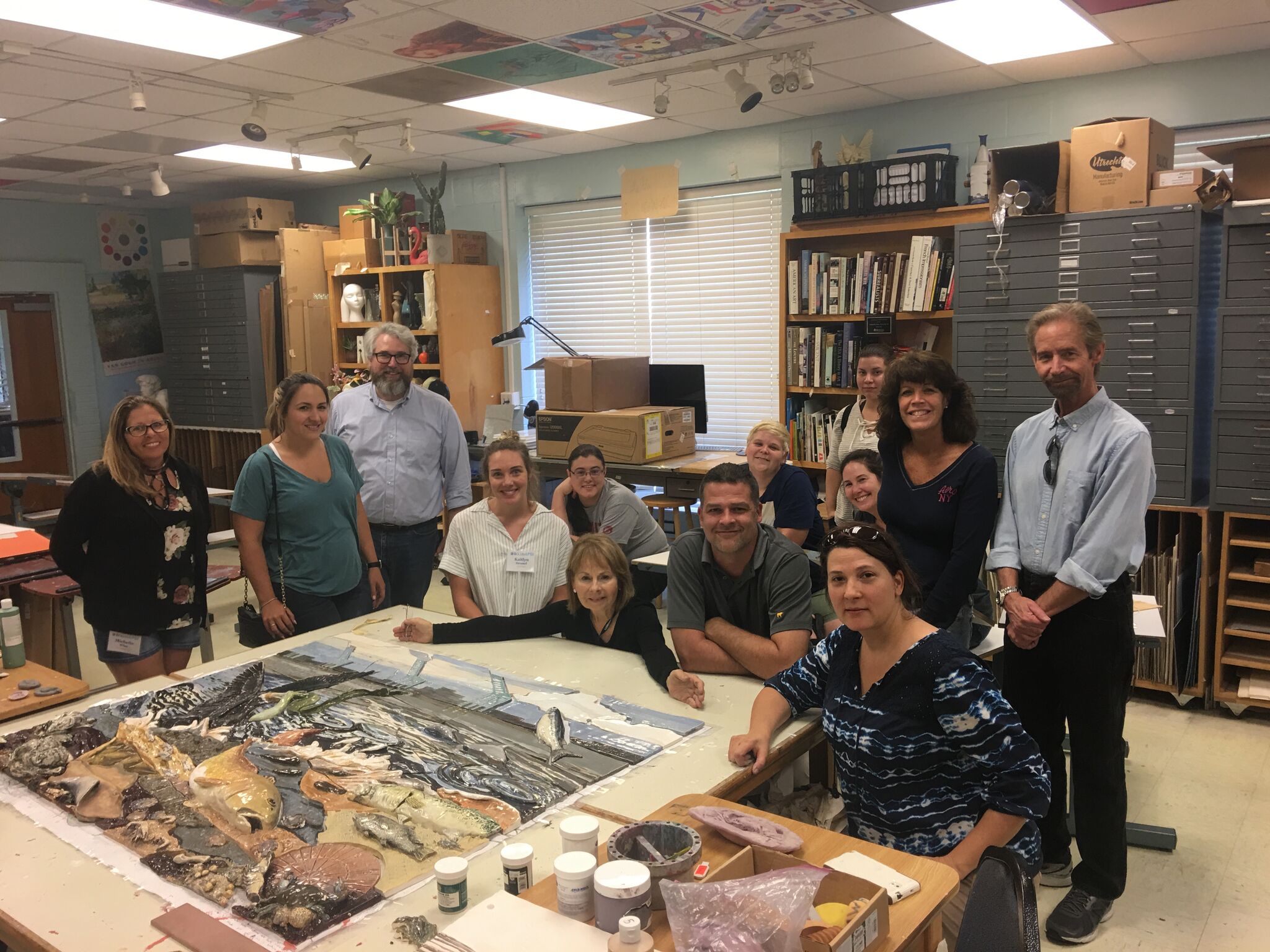 Watch the latest Science Of… Manatee Chronicles video to find out why manatee bones are extra dense and why they fracture so easily with JU’s Dr. Gerry Pinto and Jacksonville Zoo’s Conservation Program Officer & JU Alumn Lucas Meers.

Watch how high school and college students build drifters and track ocean currents with the help of NOAA satellites, and find out how and why drifters launched from the Bahamas and Jacksonville end up in the same place - a lemon shark nursery south of Cape Canaveral.

Interdisciplinary research initiative between the Biology and Marine Science (Dr. Kara Conway), Kinesiology, and Nursing departments: a pilot project investigating the effects of a natural supplement on several physiological parameters was a success.

To help teach over 600,000 learners about new genetic research that shows that there may be four species of giraffe instead of just one, the September 25 issue of Scholastic MATH magazine uses the Jacksonville University video Giraffes… Four Species or one?, which was filmed at the Jacksonville Zoo and Gardens, and produced by The Science Of... In addition to having our very own Dr. Ouellette as producer, director, editor, and writer, you can see Lucas Meers, a JU marine science graduate (’12) who is now Conservation Program Officer at the Jacksonville Zoo and Gardens, as he explains this research along with Dr. Julian Fennessy, Director of Giraffe Conservation Foundation, and our local giraffes at the Zoo. 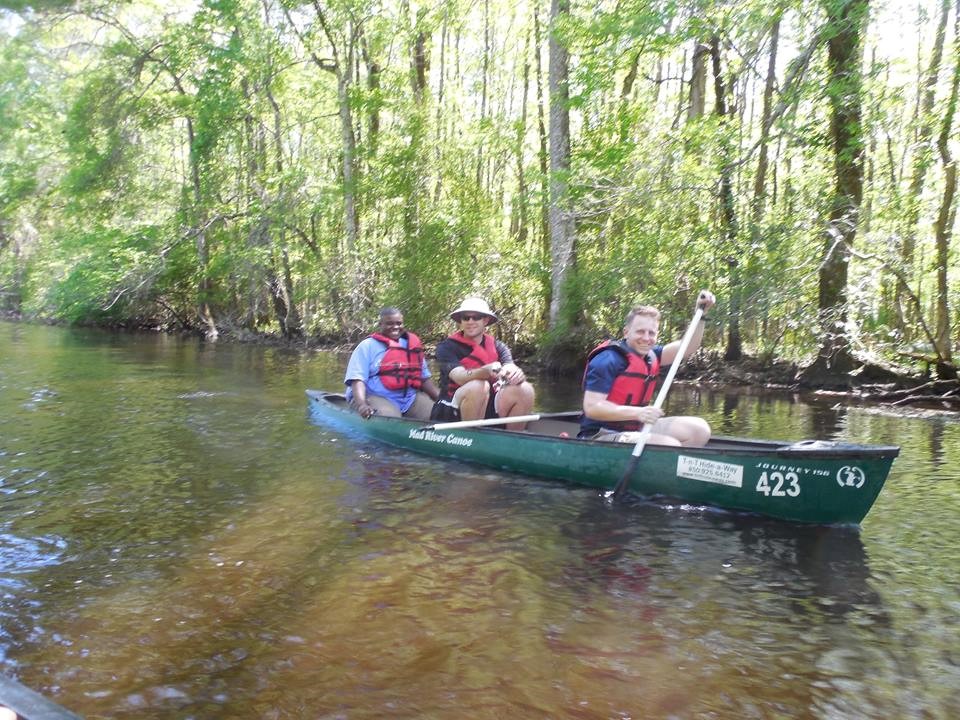 If you need a transcript of one of the videos on this page, please contact us.

Request a transcript one of these videos