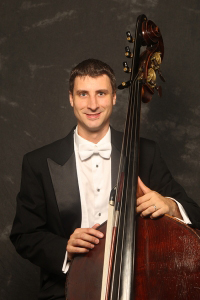 Todd Lockwood has been a member of the Jacksonville Symphony Orchestra since 2009. In addition to the symphony Mr. Lockwood remains active as a music educator teaching bass at Jacksonville University, the First Coast Community Music School, and the Golden Isles Youth Orchestra. Prior to living in Florida Mr. Lockwood was principal double bassist of the Chattanooga Symphony and Opera. While in Tennessee he served as instructor of double bass at the University of Tennessee, Chattanooga. He has also held positions with the Kansas City Symphony Orchestra and the Colorado Symphony Orchestra, and performed with the Atlanta and Indianapolis Symphonies. Mr. Lockwood began studying the bass in the Colorado public school system at age nine. He later studied privately with Robin Olschner. He earned a Bachelor of Music, with highest honors, under Paul Erhard at the University of Colorado, and completed a Master of Music and a Performer Diploma, under Bruce Bransby at Indiana University. Mr. Lockwood spends his summers in Santa Cruz, California performing with the Cabrillo Contemporary Music Festival, under the direction of Marin Alsop.