Under the direction of Julian Bryson, the JU Choirs contribute to the cultural life of northeastern Florida by bringing high quality and artistically polished performances of the choral repertoire to campus, the community, and the region.

There is place for all who wish to sing at JU, regardless of choral experience or major.  All interested students are encouraged to join us in one of three ensembles: 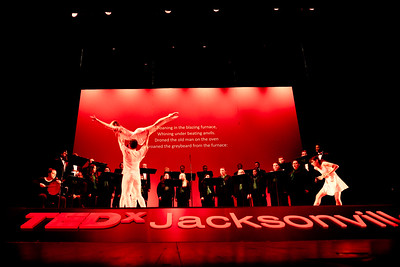 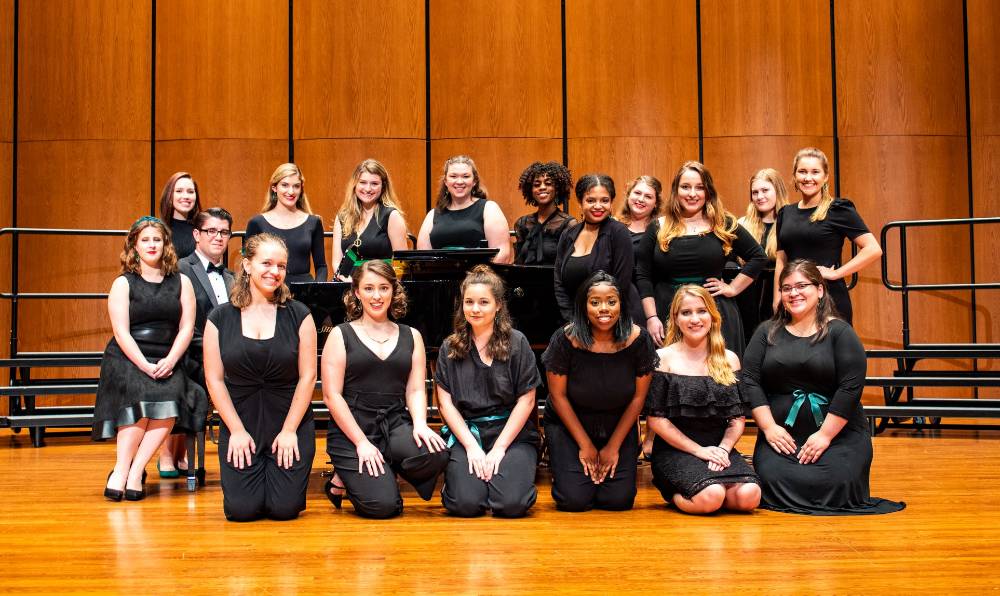 The JU Choirs have performed for conferences of the American Choral Directors Association, the Florida Music Educators Association, and the Music Teachers National Association. Other notable performances include concerts in New York’s Avery Fisher Hall, England’s Canterbury Cathedral, TEDx, and numerous collaborations with the Jacksonville Symphony Orchestra. The Choirs present over forty concerts each year on campus, in the community and on tour. In 2013, members of the JU Choirs toured in France where they performed at Chartres, La Madeline, Paris and the Basilica of St. Nicholas, Nantes. A concert tour of Italy in May 2016 included performances in Florence, Venice and Rome at St. Peter’s Basilica.

Choral Union lives up to its name by bringing together students of many majors, faculty, staff, alumni, parents, neighbors, and friends to make music together. The ensemble’s repertoire ranges from ancient to contemporary and classical to folk, also incorporating musical theatre, jazz, contemporary a cappella, and pop music. The ensemble offers many opportunities for member leadership and input while seeking to build vocal technique and musicianship skills. Choral Union frequently joins other ensembles to present works for large mixed chorus. No audition required.

Selected annually by audition, the members of the Jacksonville University Singers perform an eclectic and challenging repertoire spanning the centuries and the globe including Renaissance polyphony, Baroque and Classical masterworks, folksongs, music theatre, opera and new music by living composers. The University Singers maintain an active performance schedule, appearing frequently on campus, in the community and on tour. Audition Required.

Our newest choir, The RiverTones vocal jazz ensemble features members who are predominately music theatre, education, and performance majors. Already in demand, the ensemble has enjoyed invitations to open the nationally recognized Generation W Conference and help create JU’s first online Holiday Card. The RiverTones are regularly visible on and off campus, performing at commencement, and on the Penney Farms, Friday Musicale, and JU Performing Arts Series, including the RiverTones’s signature SpringSing!

Infinitus is a student-led choral collective of vocalists, composers, and conductors with no single artistic director. As the first collegiate member of the Choral Composer/Conductor Collective Network (C4 Network), the ensemble makes decisions through consensus and collaboration. Students rehearse and conduct the ensemble, frequently featuring works by members, JU alumni and faculty, local composers, and other C4 Network members. Audition required. inFINituS UP!