MFA: In the Works 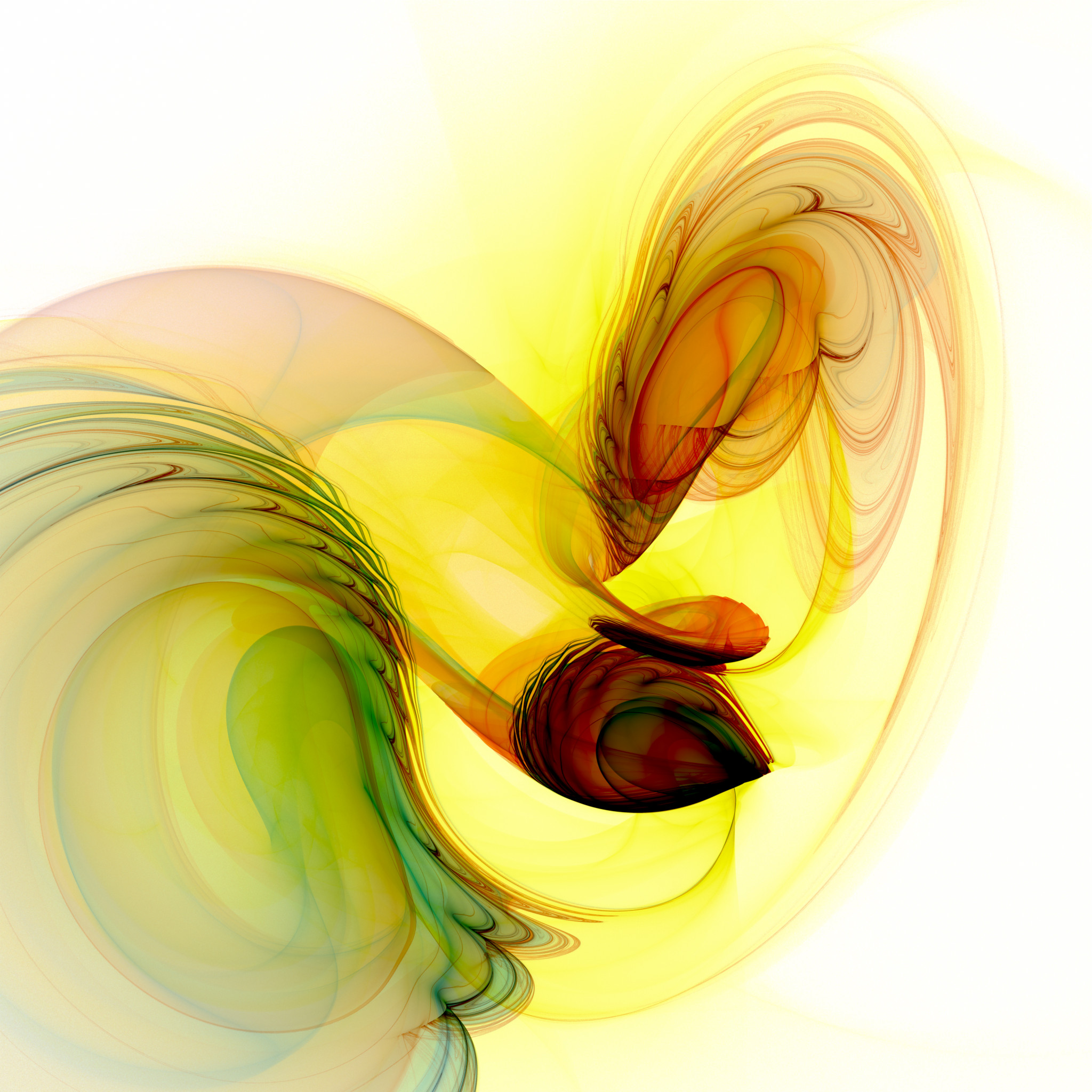 Strange Attractions is an ongoing body of work, spanning thirty years, utilizing an original set of strange attractor formulas. Based to the mathematics of chaos theory, I am using chaotic strange attractors to explore natural systems, patterns, and rhythms. Images of these evolving chaotic systems are layered, one moment over next, like waves washing over sand, eventually replacing the accumulation of those that came before. With this work, I make chaos a medium, a material, and a mark-making instrument. In this latest branch of Strange Attractions work, I am creating images for large-scale prints.    Harkening back to my earlier work, these images are finely-detailed — a level of detail that rewards nose-up-close scrutiny. 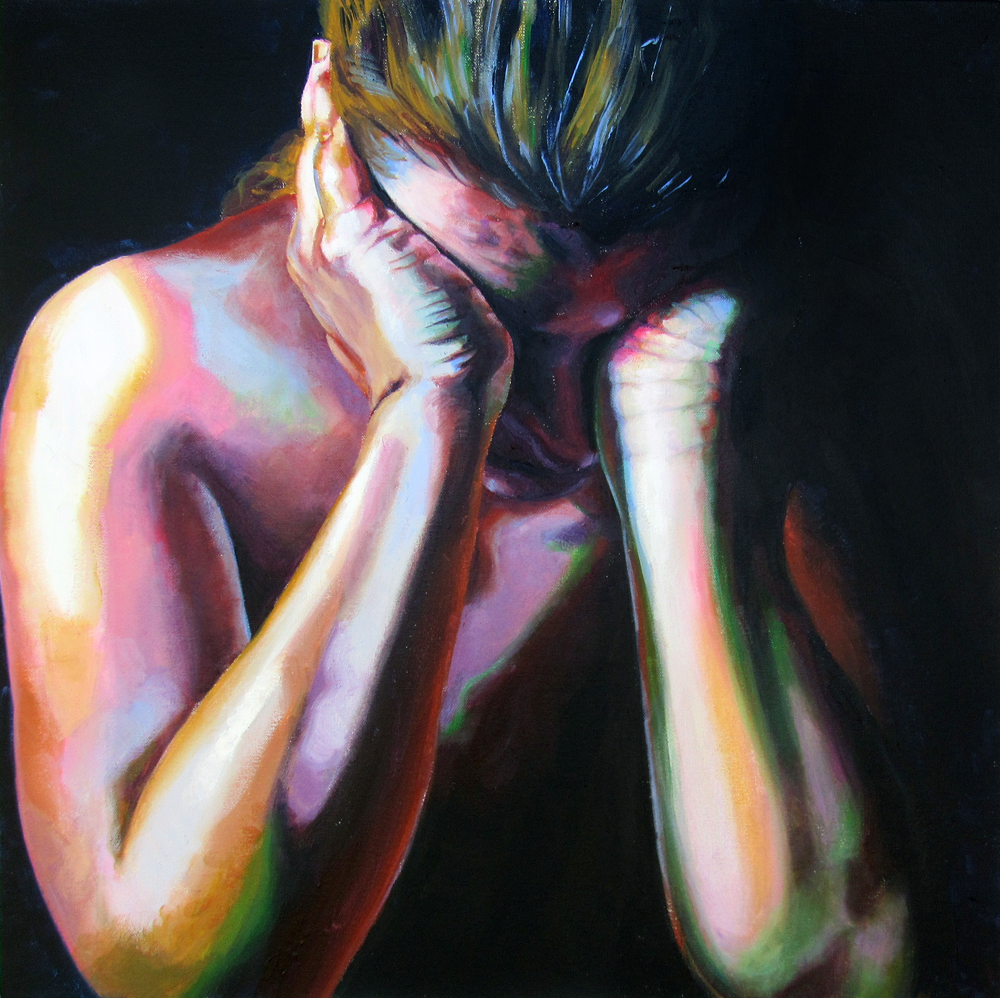 Jessie Leasure is a local artist who works primarily in traditional 2-Dimensional media including (but not limited to) paint (typically acrylic), colored pencils, markers, and assorted pastels. Her artistic style is distinct due to her use of color and chiaroscuro to create imagery that is intense and visually dynamic. In her most recent work, Leasure explores a topic that is simultaneously deeply personal and universal: the practice of self-censorship. Everyone has, at one point or another, concealed their true thoughts or feelings. Sometimes there are legitimate reasons to do this; however, if taken too far, this practice can become destructive, resulting in mental illness or suicidal thoughts or tendencies. In this series, Leasure attempts to visualize self-censorship, revealing both the detrimental effects of and how it feels to excessively repress emotions. She depicts the human figure in emotionally evocative poses, partially obscured using shadow, silhouette, or even the figure’s own extremities (for example, hands or arms). Combined with highly saturated color and expressive contrast, this concealment implies that something critical is hidden from view. Though this visual dialogue, Leasure hopes to shed some light (both metaphorically and literally) on a shared human experience. 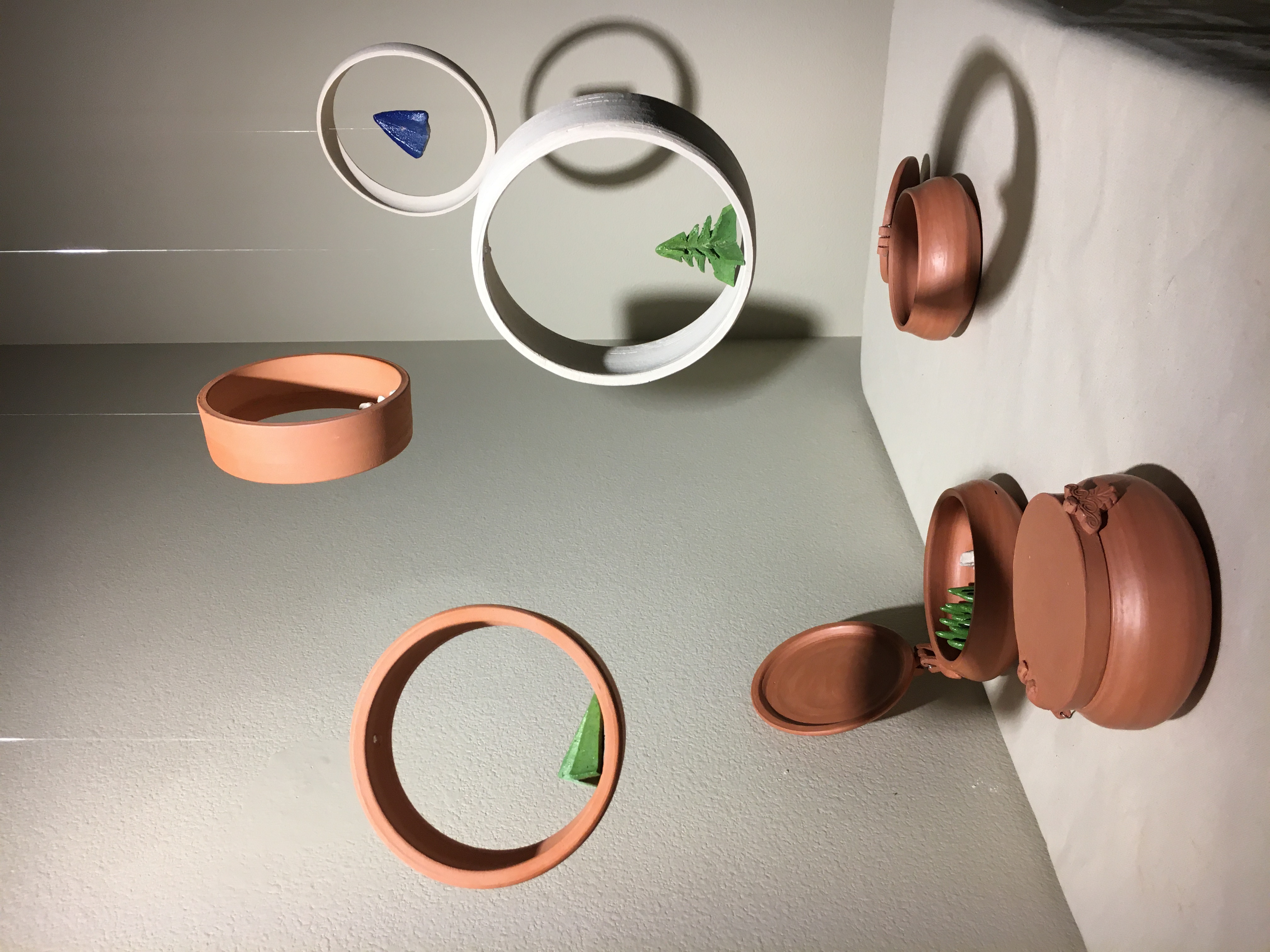 My journey began with a desire for independence and an opportunity to experience the world. An initial four-year enlistment with the United States Air Force as an Emergency Medical Technician turned into an amazing 21-year military career.

After the uniform, I was ready to take a seat inside a ceramics studio and get to work. I have begun to unpack so many years of childhood memories and continue to sort through hours of identity, reflection and artistic decisions. My current body of work focuses on the emotions and challenges surrounding my role as a single mother raising a son.

My artistic approach consists of establishing a modest visual language corresponding to a very complicated but rewarding narrative of motherhood. I mine my own experiences, and place them in the context of societal roles and expectations for mothers, and for women. Symbols I use include triangles and circles to evoke memories and playfulness. In using these straightforward shapes, I am reminded of Peter Voulkos’s words: “I get down to the very basic forms that I really love, but they are still giving me information.”