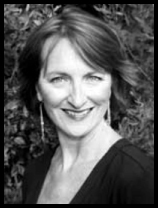 Lana Carroll Heylock has spent her life involved in dance. Upon completion of her Bachelor of Fine Arts degree in dance from The University of Akron, Ms. Heylock served as Head of Dance Institute, the pre-professional dance program for children ages 3-18, as well as full time dance faculty at The University of Akron from 1994 - 2008. Under her direction, Dance Institute produced the first full length fairy tale “The Snow Maiden” at the Akron Civic Theater and E.J. Thomas Performing Arts Hall. She also created a valuable collaboration with GroundWorks Dance Theatre, and participated as a founding member of the Heinz Poll Summer Dance Festival. Ms. Heylock envisioned and created the Gena Carroll Scholarship Fund and was the driving force behind the annual “Pointe to the Future” Benefit that raises money for scholarships, faculty recognition, and school productions.

Nationally and internationally, Ms. Heylock has garnered a reputation as a master teacher and rehearsal director at reputable schools such as Jacobs Pillow, Stephens College, The Martha Graham Dance Center, The Limon Institute, Alvin Ailey Dance Center, Sarah Lawrence College, Barnard College, and New York University. Among numerous other engagements around the world, she has taught workshops at the Tokyo and Osaka Schools of Dance in Japan, The Amsterdam Theatre School in the Netherlands, The National Ballet School in Belgium, The Dance Point Festival in Germany, Le Menagerie de Verre in Paris, The Dance Loft in Switzerland, The International Dance Weeks Festival in Austria, and the Opera House in Rio de Janeiro, Brazil.

Ms. Heylock has been honored by her students for several years to be listed as one of the “Best Teachers in America” in Who’s Who among Americas Teachers and she is very proud to have received the “Outstanding Artist” in Dance Award from the Akron Arts Alliance in 2004.​