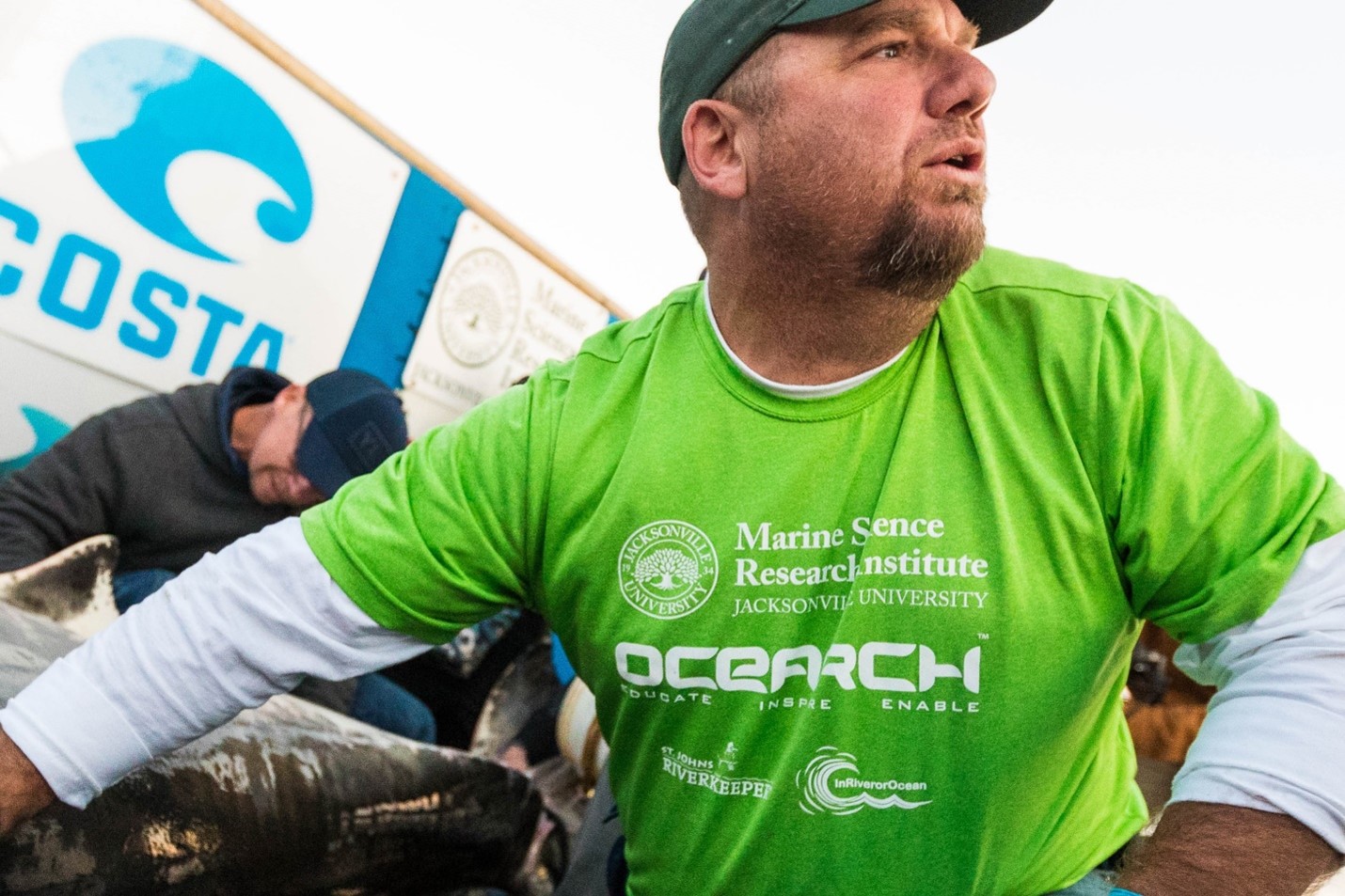 Title: Wherever You Go; There You Are: Insights Into The Movements And Migration Of White Sharks (Carcharodon carcharias) In The Western North Atlantic Ocean

Abstract: Understanding how mobile, marine predators use three-dimensional space over time is central to inform management and conservation actions. For the white shark (Carcharodon carcharias), detailed movement and migration information over ontogeny, including inter- and intraannual variation in timing of movement phases, is largely unknown in the western North Atlantic (WNA), a relatively understudied area for this species. To address this need, we tracked 48 large juvenile to adult white sharks between 2012 and 2020, using a combination of satellite-linked and acoustic telemetry.  White sharks in the WNA show dynamic 3-dimensional space use over a multi-year period with patterns conserved within discrete phases.  Migratory and residency phases were evident and individual sharks showed consistent fidelity to specific areas over multiple years.  Sharks made extensive use of the water column and experienced broad temperature ranges during their annual movement cycles.  These data provide critical information to better understand the white shark population in the region and demonstrate the importance of long-term tracking utilizing multiple tag technologies.

Bio: Dr. Bryan Franks is an Associate Professor of Marine Science at Jacksonville University and part of the OCEARCH science team.  He has been studying sharks for 20 years and previously served as the Managing Director of the Bimini Biological Field Station conducting research on lemon, bull, and hammerhead sharks in the Bahamas and Florida.  Moving into academia in 2011, he teaches a variety of marine science courses while mentoring undergraduate and graduate research projects.  Current research interests focus on multiple aspects of shark ecology including habitat use, movements, predator-prey dynamics, and ecosystem function.

Title:  An Introduction to Queueing Theory

Abstract: Have you ever wondered how grocery stores decide the number of cashiers to staff on a Sunday afternoon? Or how the TSA determines the number of agents needed during a given shift? These questions both relate back to queueing theory. This talk will explore some basic concepts in queueing theory. In particular, we will investigate properties of a queue where key characteristics of each customer are given in a random but suitably nice fashion. This will allow us to make predictions about the number of customers in the queue and the length of time each customer will be in the system using Calculus II in a surprising way. No knowledge of Calculus I or II is required.

Bio: Kate Kochalski grew up in Buffalo, New York. She majored in math and economics at Canisius College. After completing her undergraduate work, she earned her PhD at the University of Virginia. Her research focuses on probability theory and specifically queuing theory. She is currently an Assistant Professor of Mathematics at SUNY Geneseo and is serving as the Book Review Editor for the Notices of the AMS. Her hobbies include rooting for the Buffalo Bills, playing euchre, baking, anything Jane Austen, and attempting to relearn how to play the piano.

Title: How I Served on a Nuclear Submarine and Received a Lower Radiation Dose than from a Chest X-Ray

Abstract: Radiation is an unavoidable part of everyday life. We encounter damaging or ionizing radiation in the food we eat, the water we drink, and even the air we breathe. Beyond those naturally occurring sources, man-made sources of radiation include certain medical procedures as well as commercial nuclear power plants. Although there have been well-known radiological accidents at civilian nuclear power plants in the past (Chernobyl, Three Mile Island, and Fukushima come to mind), the United States Navy has been operating nuclear reactors aboard aircraft carriers and submarines around the world for nearly seventy years without such an incident. The Navy’s track record of safety for both the crew of these vessels and the public at large is due in large part to the design philosophy of the plants themselves, the strict procedures adhered to by their operators, and the culture of safety which has been engendered over the decades. In this talk, I will discuss fundamental radiation and radiation shielding theory, federal radiation dose limits, and (at an unclassified level) how the United States Navy implements safety measures to maintain its reputation with the American public and on the world stage

Bio: Nicholas Moyle is a Naval Science Instructor and the Nuclear Programs Officer at Jacksonville University Naval Reserve Officer’s Training Corps. He received his bachelor’s degree in Nuclear Engineering from the University of California, Berkeley, his Master’s of Business Administration with a concentration in Portfolio Management from Jacksonville University, and received additional intensive graduate level education and hands-on training as part of the U.S. Navy’s Naval Nuclear Propulsion Program (NNPP) at the Naval Nuclear Power Training Command (NNPTC) in Charleston, SC, and the Nuclear Power Training Unit (NPTU) in Ballston Spa, NY, respectively. His experience with nuclear technologies, including pressurized water nuclear reactors and radiation detection devices, stems from serving on a Navy nuclear powered submarine and circumnavigating the globe while submerged on nuclear power.

Title: Can Fatigue Be Eliminated In Engineered Structural Components?

Bio: Dr. Murat Tiryakioğlu is an engineering education pioneer, transformational academic leader, internationally-recognized researcher, and a passionate advocate of service learning to help community. He studied Mechanical Engineering before receiving advanced degrees in engineering management and metallurgy.  He has MS and PhD degrees in Engineering Management and another PhD degree in Materials and metallurgy. Dr. Tiryakioğlu has research interests in process design for high quality castings, aluminum heat treatment modeling and optimization, process-structure-property relationships in metals, statistical modeling and quality and reliability improvement. He has written two chapters, published over 100 refereed journal papers and 50 conference papers, edited ten conference proceedings, and co-edited the two-volume Encyclopedia of Aluminum and Its Alloys.  He has worked at Boeing and Alcoa Technical Center, and provided consulting services to GM, Ford, Chrysler and Tyco.

Abstract: The public, and especially school-aged children, increasingly are learning about conservation and ecological issues through digital media. Their connection with, and interest in, the natural world is gradually becoming a virtual one. If people love what they know and protect what they love then the first step is getting them outside to learn and care about their local wildlands. Our research project to repatriate striped newts back to Apalachicola National Forest wetlands provides a unique opportunity for citizens to witness, and participate in, species and habitat restoration and recovery.  This talk will introduce you to the unique amphibians that breed in ephemeral wetlands, different ways we engage people in science research and conservation, the behind the scenes details of working with an imperiled species, and the fun we have along the way!

Bio: Dr. Rebecca Means is an ecologist and science educator with a passion for backpacking, travel, and food. She has a B.S. degree in both Wildlife Ecology and Biology from Virginia Tech and an M.S. degree in Forestry from Texas A&M. Rebecca has worked with wildlife ranging from fire ants to the Florida panther but her expertise is with the amphibians that inhabit temporary wetlands. As Director of the Coastal Plains Institute, Rebecca’s current focus is involving the public in conservation and research efforts through citizen science training and research site field trips.

Abstract: The Christopher Nolan instant classic, Interstellar, tells the story of humanity searching a distant galaxy for habitable planets to colonize. Interstellar’s plots make reference to a range of topics, from established concepts such as black holes, tidal effects, and time dilation, to speculative ideas such as wormholes, time travel, additional space dimensions. Dr. Chen is going to discussing some of the physics aspects of the movie, to support understanding of the framework of the plot.

Bio: Dr. Guangyao Chen, Assistant Professor of Physics at the Jacksonville University. He receives B.S. and M.S. degrees in Physics from Wuhan University, and a Ph.D. in Physics from Texas A&M University. Dr. Chen was a researcher at Iowa State University after he obtained his Ph.D. Dr. Chen is a theoretical nuclear physicist who is working on understanding the fundamental interactions and structure of quarks and gluons through both analytical calculation and computation methods.

Title: Data Science or How I Learned to Stop Worrying and Leave Academia

Abstract: In the field of mathematics, and to a lesser extent the other sciences, there's this common (false!) sentiment that the only thing you can do is research or teaching -- i.e. academic pursuits.  After more than a decade working as an academic mathematician -- doing both at a small liberal arts college -- I changed careers and transitioned to Data Science.  But what does a "data scientist" even do?  (Spoiler alert: It can vary a lot!)  After discussing a little bit of my own journey to this discipline, I plan to walk through some real world examples of projects I've worked on as a vehicle for more general advice and useful insight into this burgeoning new(ish) field.

Bio: David Nash is a Data Scientist for Cascade Data Labs, a data science consulting firm in Portland, Oregon that works closely with several Fortune 500 companies.  He received his B.S. in both mathematics and physics from Santa Clara University (2004) and completed his Ph.D. in mathematics at the University of Oregon (2010). 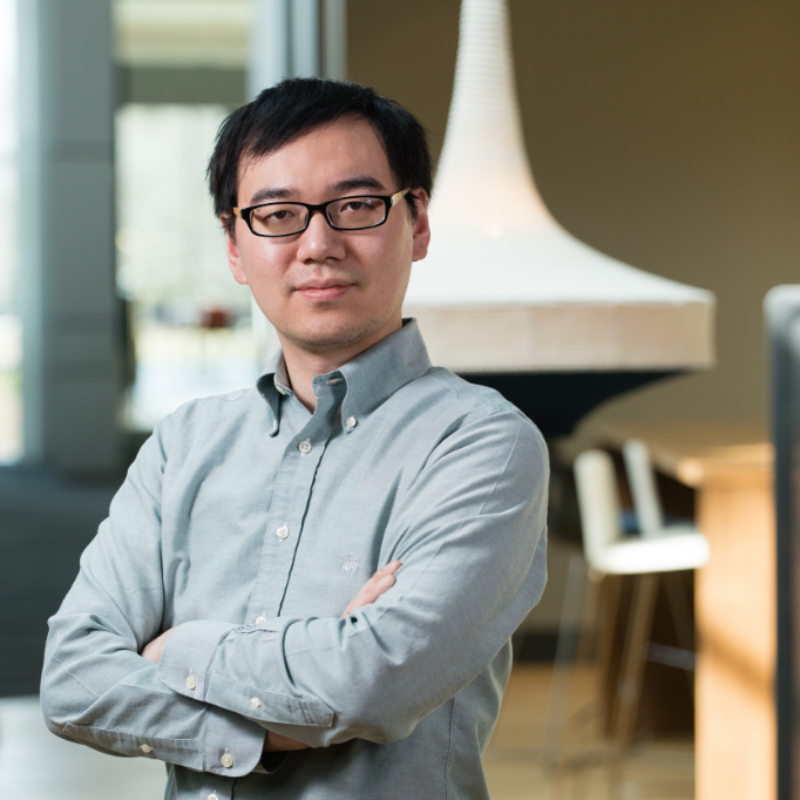 Title: From AI Hype to Data Science and Engineering

Abstract: Artificial intelligence (AI) and data science have been among the top hype words in the last decades. It started with researchers in leading universities and high-tech companies showing what is possible, to the current stage of data workers in different organization creating daily business value. As a practitioner in both data science and data engineering, Xueli will walk through some real world examples of projects and explain different roles (data scientist, data engineers, and machine learning engineers) in a data science team. At the end of the session, Xueli will also share general advice for anyone new to this area.

Bio: Xueli Tian is a data engineer and former data scientist for Steelcase, a leading office furniture company. He received his B.Eng. in Information Engineering from Tianjin University (2012),  and completed his M.S. in Computer Science and M.S.E. in Electrical Engineering at University of Alabama in Huntsville (2016).

Title: How the ‘Horrid Prison’ Eats: Comparative Transcriptomics in the Venus Flytrap (Dionaea muscipula) at Various Points of Prey Capture and Digestion

Abstract: Darwin described the Venus flytrap as both “one of the most wonderful [plants] in the world” and a “horrid prison with closing walls”. The Venus flytrap closes in response to the stimulation of mechanosensing trigger hairs, which can be found on the adaxial side of the trap. Stimulation of these hairs in rapid succession causes the generation of action potentials, two of which triggers trap closure. While Venus flytraps almost certainly evolved carnivory to deal with nutrient deficiencies in the soil, research also suggest that these plants use prey-derived carbon as a substrate for cellular respiration even with an abundance of atmospheric CO2. To better understand how the Venus flytrap behaves, we isolated RNA at various stages of prey capture and digestion. We propose to use comparative transcriptomics to understand which genes are up and down regulated at various stages of the flytrap’s predatory cycle.

Bio: I received a B.S. in Conservation Biology from Kent State University in 2008. I then completed a Ph.D. under the mentorship of Jim Leebens-Mack at the University of Georgia – Department of Plant Biology. During my Ph.D., I was mostly interested Yucca / yucca moth coevolution. It was at that time that I realized my own inability to focus on a specific skills set, as I completed a hybrid speciation study, a population genetics study, and a plant / pollinator ecology study. I maintain that lack of focus to this day where I am now an associate professor at Francis Marion University. I mentor several undergraduate students per semester where we work on a variety of research projects. My current projects include a citizen science project studying longleaf pine population genetics, studying acute stresses in Arabidopsis thaliana, and the project I’ll be presenting today: differential transcriptomics in the Venus flytrap, Dionaea muscipula.