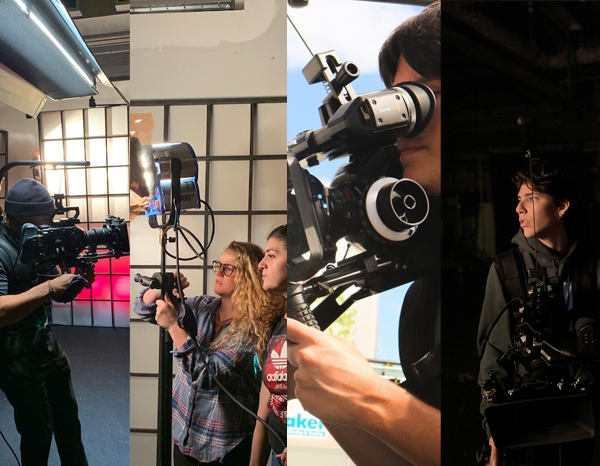 BFA and BS in FilmTell your story.

The Bachelor of Fine Arts in Film and the Bachelor of Science in Film offer students a comprehensive experience in the creation of independent motion pictures through a rigorous, hands-on production centered curriculum.

The JU Film program strives to create master visual storytellers who can connect with their audiences intellectually and emotionally.

Check-in for each audition or portfolio review will be at Terry Concert Hall.

Why Film at Jacksonville University?

JU's Film program empowers the creative innovators of tomorrow by training them in all aspects of the arts and crafts of the moving image, from the aesthetic to the technological. We affirm the importance of storytelling as the form in which human beings give weight and meaning to the most important passage of their lives.

Tell your story, your way.

There is no speech in this video. An instrumental piece of music plays throughout.

The Bachelor of Fine Arts in Film empowers students to become complete filmmakers. Through the comprehensive curriculum, BFA students learn every facet of the filmmaking artform: from preproduction and script writing, to directing and cinematography, and including post-production and the business of the film industry.  Utilizing special topics classes in documentary and commercial filmmaking and allowing students to customize their curriculum through independent studies, Bachelor of Fine Arts in Film students are able to tailor make their education to reflect their own personal and professional goals while becoming marketable industry professionals while in film school.

The Bachelor of Science in Film enables JU students to double major and create the education that will drive their specific career goals. Want to direct? You can double major with Theatre Arts. Are you a screenwriter? You can double major in creative writing. Our degree allows the next generation of cinematographers to hone their skills with a photography degree. Editors can double major in animation or graphic design. Producers gain entrepreneurial experience with in Jacksonville University’s Davis School of Business. We strive to make you as marketable as possible so when you enter the industry you are ready to make an impact right away.

Alex’s films and screenplays have made him an internationally award-winning filmmaker. Notably, his feature screenplay, Home, Free won Best Breakout Screenplay at the Oaxaca Film Fest in Oaxaca, Mexico.

He has directed and shot numerous projects for a plethora of clients including filming portions of the music video for “Semicircle Song” by UK-based group, The Go! Team. Alex runs the Fiat Lux Film Festival at Jacksonville University and has served as a judge for the Hispanic Cultural Film Festival, Jacksonville Dance Film Festival and Independent Spirit Awards.

Alex specializes in writing and directing micro-budget films and was one of the 2021 Jacksonville Film and Television Industry’s Rising Stars. Currently. He is in post-production on his feature film, Albert & Claude, which he wrote, directed, and co-produced. 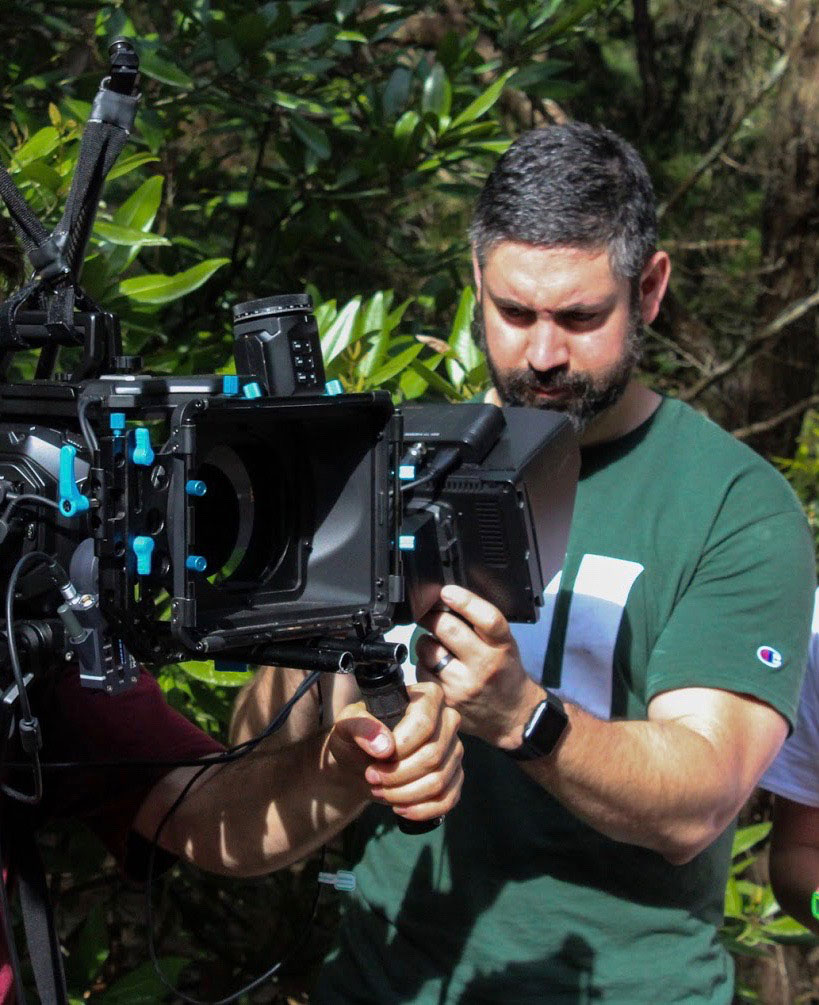 Bill Hill holds a Master of Fine Arts degree in Electronic Intermedia from the University of Florida and a Bachelor degree in Communications from the University of North Florida. He is a receiptant of a University Academy of Scholars Grant funded in part by the Jessie Ball duPont Fund. His work has been exhibited at the THAILAND NEW MEDIA ART FESTIVAL in Bangkok, Thailand, the VAD 2003 - FESTIVAL - VALINTERNACIONALDE VIDEO ARTS DIGITALS in Girona, Spain, the V SALON INTERNACIONAL DE A RTE DIGITA Lin La Habana, Cuba, PixxelPoint's international exhibition in Slovenia, Siggraph's Annual International Conference, as well as in galleries and museums throughout the United States. His work has been published in numerous periodicals and newspapers including Computer Arts, Exposure and Leonardo, in addition to the book entitled "Art, Technology, Consciousness: Mind @ Large." Presentations on his work have been given at national and international conferences including Siggraph, the College Art Association, the International Symposium on the Arts in Society, International Conference on Computer, Communication and Control Technologies, and Consciousness Reframed at the Centre for Advanced Inquiry in the Interactive Arts in Newport, Wales.​

Jerry Smith is the founder and CEO of PineRidge Film & Television, Inc. Smith is an internationally recognized writer, producer, and director of lifestyle television programs, TV commercials, corporate image campaigns and online content. PineRidge’s program development division, has taken home six National Daytime Emmy Awards and eleven Emmy nominations in the past nine years. Mr. Smith was honored in 2012 as a Film Florida Legend by the Film Florida state film commissioners and, recently, by the City of Jacksonville as the 2016 recipient of the Film and Television Industry Achievement Award.

Nikhat Powell came to the US after working in some of the best colleges and universities, after running her own film school for nearly twenty years. Once again, she went back to studying, completing her MFA in Digital Cinema from National University in San Diego, with distinction. Her MFA short film was screened in 20 film festivals across 7 countries and won 10 awards both internationally for nationally in several categories including Best film, Best Woman Filmmaker, Best screenplay, Best Director, etc. 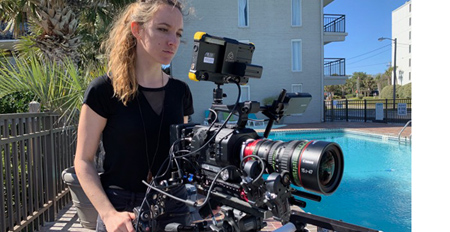 Natassja Ebert currently works as a freelance cinematographer and photographer based out of NYC. She initially filmed sports, beginning in ESPN3 on campus which led her to employment in the NBA Summer League and the NFL Draft 2019. Since graduating, she has worked with production houses like The Color Production House and Gesundheit Media, working on projects for Associated Press, USA Today, Visa, Morgan Stanley, and Microsoft, among many others.

Now she is focusing on humanitarian story-telling, filming for non-government organizations as they aid crisis zones worldwide. She documented for World Central Kitchen as they fed The Bahamas post- Hurricane Dorian and the COVID19 response in New York City during the lockdown from March-September 2020. While working with World Central Kitchen, her footage was used on The TODAY Show and “America Food Fund” a campaign by Obama and Leonardo DiCaprio to fundraise for food organizations across The United States.

Currently she is in production on a film about Chef José Andrés, a feature film directed by Ron Howard and partnered with National Geographic. Continuing to lead stories on food scarcity, documenting pivoting moments of this pandemic, and assisting producers as they piece together this narrative of crisis aid. 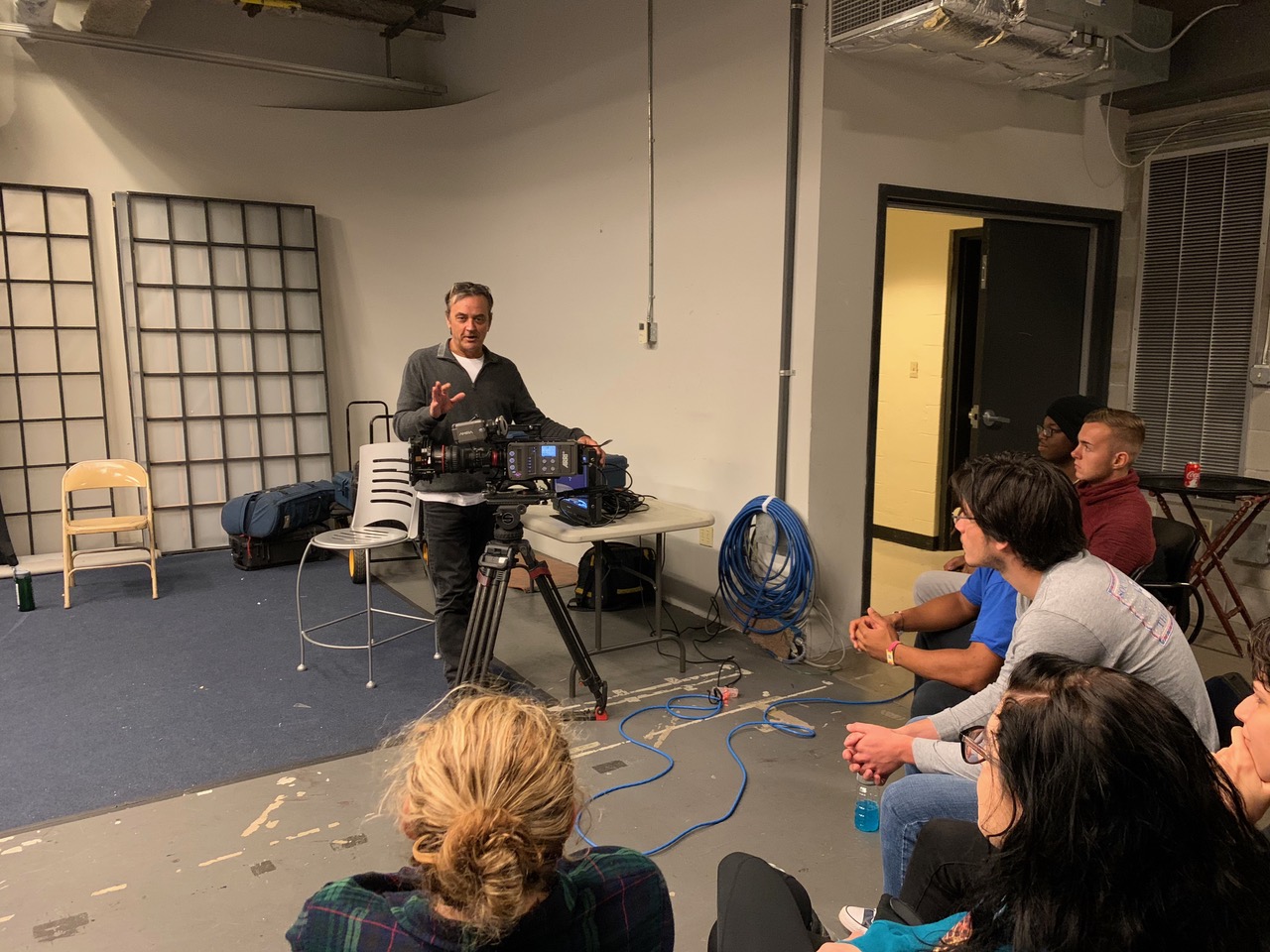 André Labous is a DP/Director for 25+ years whose focus is on cinematic lighting and camera technique for production companies and advertising agencies around the country, and such clients as NASCAR Productions, NFL Films, NBC Golf and the WTA.  He specializes in broadcast commercial and documentary work using the Arri Amira package which he owns and operates.  His resume of work includes spots for M&M's, Aspen Dental, Lowe's, Menard's, Florida Lottery, 5 Hour Energy, Wounded Warrior Project, Firehouse Subs, Jacksonville Jaguars.

Your future in film at Jacksonville University is picture-perfect in so many ways. Join us on social media for a preview of your Dolphin life in film.

The School of Art & Design offers several other programs of study. Learn more about the programs available at Jacksonville University.