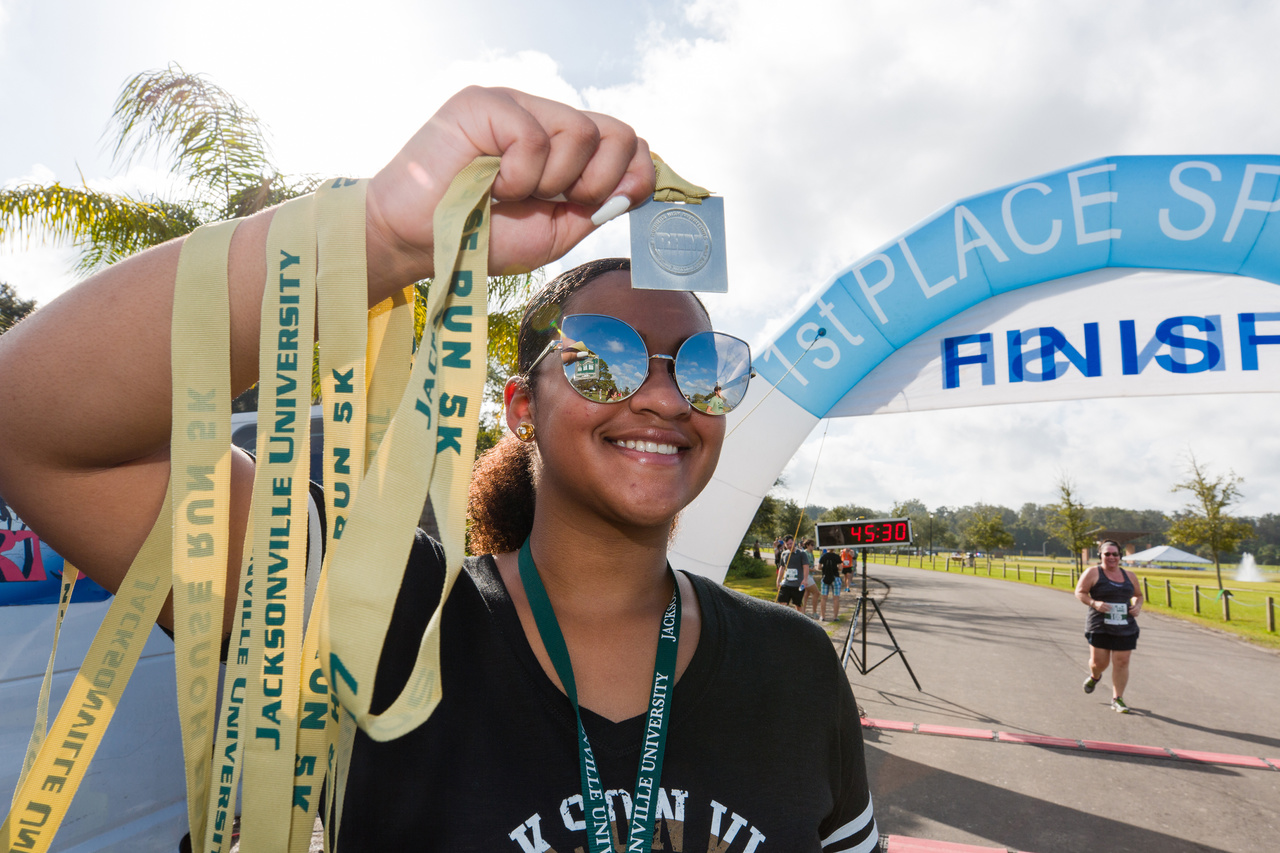 The Initiative How We Got Started

In 2007, the American Medical Association (AMA) and the American College of Sports Medicine (ACSM) co-launched Exercise is Medicine (EIM) - a United States-based health initiative that has since been coordinated by ACSM. JU Kinesiology applauds the ACSM’s leadership and efforts to develop and promote the EIM agenda. The EIM agenda has now been incorporated into our program. Kinesiology faculty, students, and JU Recreation are committed to staying a “Gold Level Recognition” EIM campus.​

About Exercise is Medicine on Campus (EIM-OC)

Dr. Carena Winters, Associate Professor in Kinesiology launched the health initiative Exercise is Medicine – On Campus (EIM-OC) in 2009 with Dr. Bob Sallis and the support of the American College of Sports Medicine (ACSM). Under Dr. Winters’s leadership, EIM-OC quickly became a global health mission that has been implemented in over 260 campuses worldwide, believing that higher education campuses are an ideal setting to implement the EIM platform to make physical activity assessment and promotion a standard in clinical care. In 2015, Dr. Winters led the implementation of an EIM-OC Recognition program. As of 2019, 139 campuses worldwide have received recognition for promoting physical activity as a vital sign of health. Under Dr. Winters's leadership, JU received Gold-level recognition in 2019, the highest level of EIM-OC recognition awarded.  In May of 2019, EIM-OC celebrated its 10th Anniversary by recognizing 139 campuses that have successfully implemented EIM-OC.

About EIM-OC on Jacksonville University Campus

JU has infused EIM into the Kinesiology programs and across campus. We are proud to be recognized as a Gold-level EIM-OC institution.  Please see below our latest accomplishments.